People wearing protective face masks walk on a bridge, amid the coronavirus disease (Covid-19) pandemic, in Jakarta, Indonesia, on June 17, 2021.

JAKARTA, June 21 - Indonesia will tighten social restrictions for two weeks starting Tuesday (June 22), a government minister said, in a bid to contain a surge in coronavirus cases in the world's fourth most populous country.

The curbs will apply to 'red zones' where cases have been rising sharply this month, Coordinating Economic Minister Airlangga Hartarto told a streamed news conference on Monday.

The tightened regulations will mean that offices, restaurants, cafes and malls in such areas will only be permitted to operate at 25 per cent capacity.

Religious activities at all houses of worship in red zones will be temporarily suspended, and tourist attractions closed.

Vital sectors, such as basic services, can operate at 100 per cent capacity with stricter health protocols, while office capacity in non-red zone areas will be 50 per cent.

Areas that have been designated as red zones include the regions of Kudus in Java, Bangkalan on Madura island, the capital Jakarta and parts of Riau, in Sumatra.

According to data from the National Disaster Mitigation Agency (BNPB), 29 areas across Indonesia have been designated as red zones.

The World Health Organisation (WHO) last week urged Indonesia to tighten its lockdown amid increased transmission and a surge in hospital occupancy rates.

Indonesia has been grappling with a spike in coronavirus infections this month, reporting 13,737 new coronavirus cases on Sunday, the highest daily rise since Jan 30, with deaths from the respiratory disease also rising. 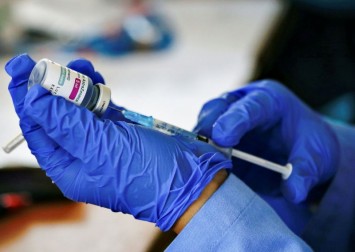 The Southeast Asian nation has recorded a total of 1.99 million coronavirus cases and more than 54,600 fatalities, among the highest tallies in Asia.

In the district of Kudus, where hundreds of healthcare workers have contracted Covid-19 amid the recent outbreak, bed occupancy rates exceeded 90per cent last week.

"It was reported to the president that there are 87 regencies and cities where hospital capacity is above 70 per cent," Airlangga said, explaining why restrictions were being tightened.