JAKARTA - Two Indonesian brothers will go on trial next month for the murder of their teenage sister in a so-called honour killing, police said on Tuesday (June 2), a rare case in the country that has prompted calls for action to protect women and girls.

The men are accused of killing the 16-year-old girl by attacking her with a machete and a wooden stick because they believed she had had sex outside marriage with a cousin, according to police in the Bantaeng Regency of Sulawesi island.

If convicted of premeditated murder, the brothers - aged 20 and 30 - could face the death penalty.

"The investigation showed the motive... was due to the family feeling ashamed," he said earlier, adding that the case had forced the remaining family to leave their home after they were rejected by the local community.

So-called honour killings, which are more common in some parts of the Middle East and South Asia, are extremely rare in Indonesia, a South-east Asian archipelago of 260 million people.

The United Nations estimates that about 5,000 women are killed each year by family members over perceived damage to "honour" that can involve having a boyfriend, seeking a divorce or behaving in a way that is deemed inappropriate.

Socially conservative Indonesia has the world's eighth-highest number of child marriages, according to UN data, and the Bantaeng Regency case has sparked calls for public education campaigns to help end traditional practices that harm women and girls. 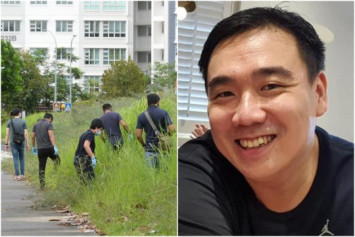 "The victim must be given justice," said Mr Beka Ulung Hapsara, a commissioner at Indonesia's National Commission on Human Rights, a government-backed body.

"Local government and law enforcement officials must provide public education about existing traditions and eliminate them," he added.

In Pakistan in May, police arrested the cousin of two teenage sisters whom he is suspected of killing after a video of the girls kissing a man went viral on social media.

Thousands of incidents of violence against women perceived to have "damaged" family honour are reported in Pakistan each year and many more go unreported, rights groups say.

In Iran, a father's killing of his 14-year-old daughter over her relationship with a man caused widespread anger in the country last month, with President Hassan Rouhani urging lawmakers to work on a Bill to prevent violence against women.