JAKARTA  - Indonesian police shot dead a woman who had opened fire at officers at the national police headquarters in Jakarta on Wednesday in an attack inspired by the Islamic State, the police chief said.

The 25-year-old woman, identifed only by her initials ZA, had fired six times at officers near an entrance post to the headquarters before being taken down, Listyo Sigit Prabowo said.

She was a college drop-out who lived in Jakarta and she had posted a photo of the Islamic State, or ISIS, flag on her Instagram account hours before the shooting, Sigit said.

“From the profiling of the person in question, that person was a suspect or a lone wolf with the ideology of radical ISIS,” Sigit told a news conference, adding that she had left a note for her parents bidding farewell.

Footage shown by local television stations showed a person in a blue veil and long black clothing entering the grounds of the police complex as gunshots could be heard. She was later seen falling to the ground amid more gunshots. 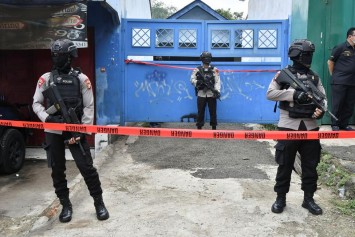 The incident came three days after a husband and wife carried out a suicide bombing at a cathedral on the Indonesian island of Sulawesi on Palm Sunday, wounding 20 and killing only themselves.

At least 13 people have been arrested by police in Jakarta, Sulawesi and West Nusa Tenggara provinces following the Sulawesi attack.