Indonesia's Aceh bans men and women from dining together 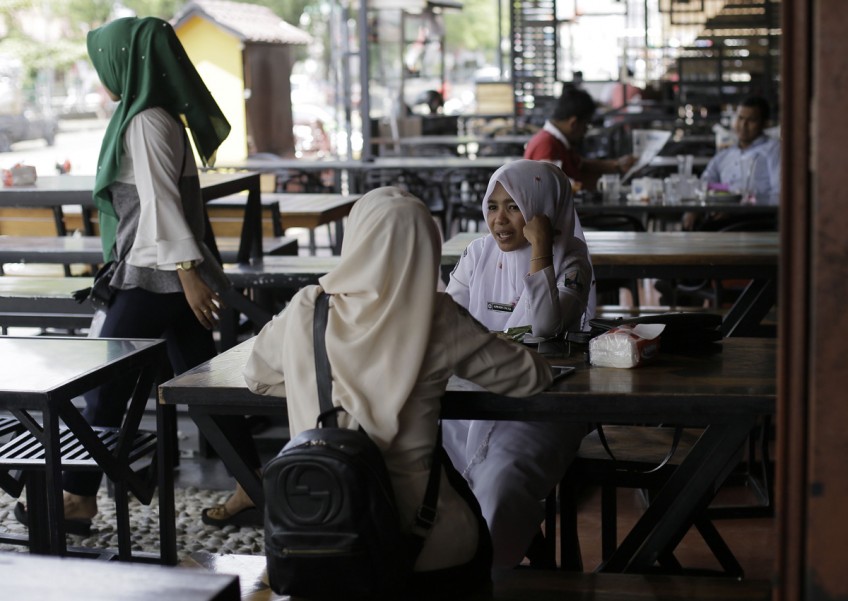 BANDA ACEH - A district in Indonesia's deeply Islamic Aceh province has banned men and women from dining together unless they are married or related, an official said Wednesday (Sep 5), saying it would help women be "more well behaved".

Aceh - the only region in the world's most populous Muslim majority country that imposes Islamic law - has drawn fire in the past for putting moral restrictions on women.

It also attracted global condemnation for publicly whipping people found guilty of a range of offences including homosexuality, gambling and drinking alcohol.

Under the latest Islamic regulation, women in Bireuen district on Sumatra island will not be able to share a table with men at restaurants and coffee shops unless they are accompanied by their husband or a close male relative.

Co-workers on their lunch break would also be forbidden from sharing a meal.

"The objective is to protect women's dignity so they will feel more comfortable, more at ease, more well behaved and will not do anything that violates sharia (Islamic law)," local head of the local sharia agency Jufliwan, who like many Indonesians has only one name, told AFP on Wednesday.

Another part of the directive - signed by the district head on Aug 5 - said women who were alone or not with family should not be served at restaurants and cafes after 9pm.

Authorities say it will be up to restaurateurs to enforce the regulation, although offenders will not be punished.

In 2013, Lhokseumawe city in Sumatra's north ordered women to sit "side-saddle" on motorbikes with their legs dangling off to one side.

The mayor at the time said straddling male drivers on motorbikes was "improper".