CILACAP, Indonesia - In a quiet mangrove forest in central Indonesia, a man moves gingerly across vegetation distinguished by its big, wooden stilt roots, searching for fallen mangrove fruits that rest on leaves or float on the water.

Gathering a handful of what looks like string beans, the man, a batik craftsman, heads home to make natural dye from them.

For the past four years, Sodikin, 48, and his group of batik makers have shifted from using chemical materials for colouring to mangrove-based products, cutting costs and helping the environment.

"We use natural materials so as to preserve the mangrove forest at the same time," Sodikin, who uses only one name, told Reuters as he processed dried fruits before boiling them to extract colour.

"We do not cut down the trees and we only take fruits or leaves that have fallen."

Batik is a traditional Indonesian dying used in patterns and drawings, typically on fabric and finished textiles.

Mangroves play an important role for Indonesia's natural environment, serving as barriers against tsunamis and providing important ecosystems for fish and crabs. 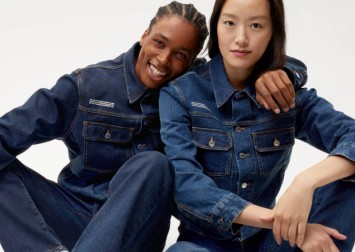 They are also a more effective absorber of carbon dioxide emissions compared with rainforests or peatlands.

Despite being duller than synthetic dyes, natural dyes are more environmentally sustainable and have a greater market value because of their quality and durability, according to Erwin Ardli, a mangrove ecologist at Jenderal Soedirman University in Indonesia.

"We've seen the interest for natural dyes increasing, and especially for middle- to upper-class people, they seem to be proud to wear clothes using these natural dyes rather than synthetic dyes," he said.