'I've been playing the Squid Game for 30 years': Many South Koreans feel they are 'living' the plot in Netflix's latest hit drama

Chang May Choon
The Straits Times

South Korean thriller Squid Game, now the No. 1 title on the global Netflix chart and dominating the buzz on social media, is actually deemed as a "great metaphor" for the East Asian country and exposes many harsh realities faced by its people.

As one netizen wrote: "I've been playing the Squid Game for 30 years."

The nine-part drama tells the story of how 456 people play a series of childhood games — such as marbles and tug-of-war — with deadly twists in order to win a cash prize of 45.6 billion won (S$52 million).

The main protagonist, Gi-hun, is a down-and-out man struggling with his life. After losing his job in a car manufacturing company — a stark reminder of how Ssangyong Motor laid off over 2,600 workers in 2009 — he decided to open his own fried chicken shop, but chalked up over 400 million won in debt.

He joins the Squid Game to win money to pay for his diabetic mother's surgery and get custody of his daughter from his ex-wife.

The drama's writer and director, Mr Hwang Dong-hyuk, said anyone in a capitalist society can fall to the bottom like Gi-hun. "Covid-19 has driven flocks of people to self-employment. I wanted to capture that in the show's characters," said Mr Hwang. 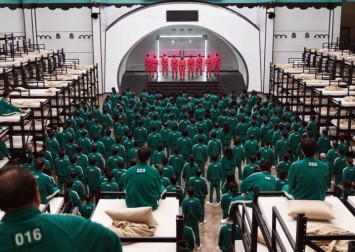 But many people are suffering due to sky-rocketing property prices, surging household debt, widening income gap and high youth unemployment, all exacerbated by the pandemic.

Household debt grew to a record high of 1,805 trillion won in June, almost double the figure 10 years ago. This is attributed to growing demand for home loans as people rushed to buy new houses out of fear that property prices will spike further despite several rounds of cooling measures.

The gap between the rich and the poor has also widened. Official data show that the net worth of the top 20 per cent of income earners was 166 times more than the bottom 20 per cent last year — up from 105 times in 2018.

The country's Gini coefficient, a measurement of income inequality on a scale of zero to 1, was at a seven-year high of 0.602 last year. A figure closer to zero would mean equally distributed income.

While the ultra-rich saw their wealth grow as their family-owned conglomerates thrived despite Covid-19, small business owners, such as those running restaurants and convenience stores, were badly hit by the pandemic that kept people at home.

Many self-employed people, who account for 24.6 per cent of all income earners in South Korea, say their predicament is no different from that of Gi-hun.

In an Internet forum for the self-employed, a user wrote that he felt like he was living the game, except "there will be no prize money even if I win".

A restaurant owner revealed: "Many people, including me, are struggling with debt of more than 200 million (won), just like in the drama." 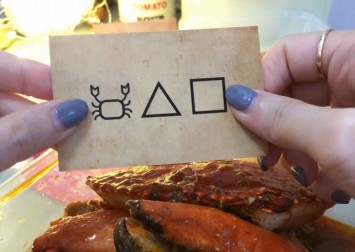 Psychiatrist Lee Il-joon said the drama explores whether people are given equal opportunity in a fiercely competitive society, and if they can achieve results based on their own abilities without sacrificing other people or cheating.

"We learn about fairness and equal opportunity in textbooks, but in reality, effort does not always produce results," he told news portal Newsis.

Squid Game, a Netflix original series, premiered on Sept 17 and rose quickly to become the streaming site's best-performing non-English title. It is ranked No. 1 in territories that include the United States, Singapore, Hong Kong, and of course South Korea.

Adults playing games that they had enjoyed as kids - but now with deadly consequences - made an interesting storyline, said freelancer Choi Han-na, 26.

"We competed in the games equally when we were young, but now that we are adults, we are all living unequal lives in different environments. So I think those who are tired of this inequality may be more enthusiastic about the show," she told The Sunday Times.

Ms Lee So-ra, 27, who works in a university, said: "There is violence and the show reflected how money dominates human society. But I didn't feel depressed as I was focused on the progress of the games.