JAKARTA - Indonesia's capital Jakarta and some neighbouring provinces on Java island have been hit by a major electricity outage after problems at power stations on Java, the country's state electricity company PLN said in a statement yesterday.

The mass rapid transit system in Jakarta had to evacuate passengers from trains after the power outage that began just before noon local time, the company that operates the system said.

It was not immediately clear how long the disruption, spread across areas that are home to more than 100 million people, might last. The blackout appeared to have affected most areas of Jakarta, prompting the use of generators in some offices, malls and apartments.

Asked how long the outage was likely to last, a PLN spokesman told reporters via text message: "We are still working on it. Please pray it can return to normal soon." 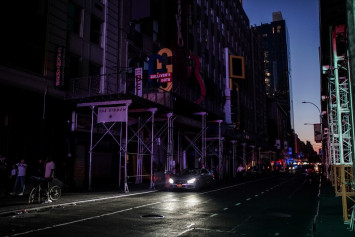 Jakarta is the centre for government and business in Indonesia and is home to more than 10 million people, with around three times that many people in the surrounding towns. The capital does suffer periodic blackouts, but usually short-lived and confined to certain areas.

PLN said there were also power outages in some areas in Banten, West Java and Central Java provinces, home to nearly 100 million people.

Jakarta Governor Anies Baswedan said in a post on Twitter that hospitals were also operating as usual.

"For the people of Jakarta whose relatives are being treated, all public hospitals in Jakarta have generators and all are functioning well, so that there is no disruption in health services," the official wrote.

But at train stations, hundreds of passengers were left stranded after commuter lines stopped working.

"The train stopped all of sudden, we had to wait for a long time," said Ms Ella Wasila, who was in downtown Jakarta.

"There were so many babies in the coach, they were crying, and people were shouting 'open the door'."

The blackout also caused traffic lights to go out in some areas, creating traffic jams, with police officers brought in to manage the situation.