A medical worker receives a dose of the vaccine against the coronavirus disease (Covid-19) at the Tokyo Metropolitan Cancer and Infectious Diseases Centre Komagome Hospital in Tokyo, Japan, March 5, 2021.

TOKYO  - Japanese Foreign Minister Toshimitsu Motegi said on Friday (June 25) that Japan will give one million additional doses of AstraZeneca Covid-19 vaccine each to Taiwan and Vietnam.

He added that arrangements were also being made to send one million doses each of AstraZeneca vaccine to Thailand, Malaysia, Indonesia and the Philippines.

Earlier this month Japan donated 1.24 million doses to Taiwan, followed by the United States giving 2.5 million to the island which China claims as its own territory.

Taiwan’s foreign ministry expressed its thanks to Japan’s government, saying details would be forthcoming.

"It is obvious that the road to fighting the epidemic may be long, but Taiwan is not alone," it said.

A Taipei-based official familiar with Japan’s two vaccine donations said while the Japanese government has been subtle in its offers, mainly focusing on Taiwan’s urgent medical need, there was a broader message.

Read Also
Japan said to be donating additional $1.05b worth of Covid-19 vaccines to WHO for countries in need 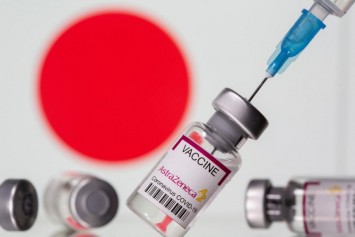 The donations are actually an "important move" to echo the US campaign of a free and open Indo-Pacific to counter China’s geopolitical clout in the region, the person said, speaking on condition of anonymity as they were not authorised to speak to the media.

Taiwan has accused China of blocking its access to foreign vaccines, which Beijing strongly denies.

Japan’s latest gift will boost Taiwan’s vaccine arsenal to 4.74 million doses, and help speed up a vaccination programme that has been hampered by global supply shortages, though the island has millions of doses on order.

Only around seven per cent of Taiwan’s 23.5 million people have received at least one shot of the two dose regimen.