Japan has sounded out the North Korean government about a bilateral summit, and Pyongyang has discussed the possibility of a leaders' meeting with Japan, Japan's Asahi newspaper said on Thursday.

The government of Kim Jong Un has informed leaders of North Korea's ruling Korean Workers Party of the possibility of summits with Japan, the newspaper said, citing an unidentified North Korean source and briefing papers.

"The Japanese government has expressed a wish to host a leaders meeting, via the General Association of Korean Residents in Japan," or Chongryong, Pyongyang's de facto embassy in Japan, the Asahi quoted the briefing papers as saying.

The newspaper, in an article from Seoul, said the Kim government had explained its bilateral diplomatic plans for South Korea, the United States, China, Japan and Russia. 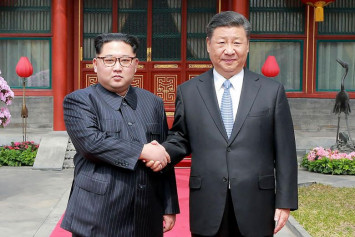 Kim met President Xi Jinping in China this week, his first trip abroad as North Korean leader. Summits with South Korean President Moon Jae-in and US President Donald Trump are being planned for April and May, respectively.

The North Korean briefing papers cite the possibility of a Japan summit in early June, the Asahi said.

A Japanese government source told Reuters in mid-March that Japan was considering seeking a summit between Prime Minister Shinzo Abe and Kim to discuss Japanese citizens abducted by North Korean agents decades ago.

Japan's Foreign Minister Taro Kono left open the possibility that Abe might meet Kim at some point. Kono said in an interview with Reuters on Tuesday Japan was closely watching preparations for the North-South Korean summit and the Trump-Kim meeting. 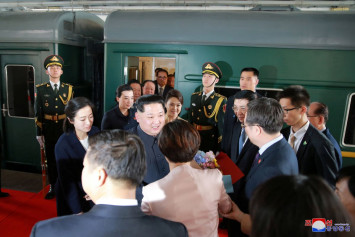 The Asahi quoted another unidentified source as saying North Korea's "dialogue partner on security issues is America" but that the country "can only hope for large-scale financial assistance from Japan".

North Korea hopes to get US$20 billion (S$26.2 billion) to US$50 billion in aid from Japan if it normalises relations, the newspaper said. But it said the briefing papers offered no specifics about steps to normalise bilateral relations, as agreed in 2002.

Those steps include resolving the abductee issue, as well as Pyongyang's missile and nuclear weapons development.