Japanese couple Rikiya and Ayumi Kataoka had their honeymoon wrecked by the coronavirus pandemic , but their resourcefulness in enforced exile in Cape Verde has won them appointments as ambassadors for its Olympic team.

The Kataokas had completed a third of their round-the-world trip when a suspension in long-haul flights stranded them for five months in the archipelago of 10 tiny islands off the coast of West Africa.

Unable to resume their journey to Europe and then home to Japan and unwilling to head to the African mainland, where virus cases are spiking, they had to trade their skills with domestic businesses to earn funds in the absence of work visas.

But Cape Verde’s Olympics officials were so intrigued by the ties the couple had built with locals that they decided to include the Kataokas in their team heading to the rearranged games in Tokyo next July.

“They want me to be an ambassador of the Olympic team,” Rikiya, 30, said via Zoom, speaking from the island of Sal. “When I go back to Tokyo, I will do a job for them.”

Cape Verde, who have never won an Olympic medal despite participating in every summer Games since 1996, hope to take three or four athletes to Tokyo.

Not only will the Kataokas be useful for their local knowledge but the islands’ officials hope the recognition helps repay the couple for their work in promoting the islands, where their plight turned them into minor celebrities.

“We felt the urge of giving back,” said Leonardo Cunha, the head of the islands’ Olympics team for Tokyo. 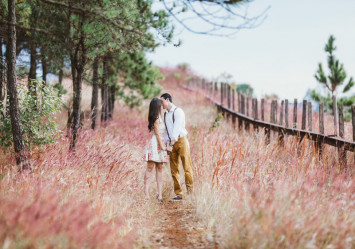 “The guys are Japanese citizens and they deserve, in the name of the friendship we have with Japan, just to be well-treated. It was our interest to accompany them on their journey as well (and) making them part of our adventure in Japan.”

Miles from home with dwindling funds, the Kataokas could easily have panicked, but Rikiya, who occasionally works as a videographer back home, made social media videos tagging hotels and restaurants, in exchange for lodging and food.

“I shot many things in restaurants and hotels, as a volunteer,” he said, adding that had prompted job offers. “For example, the restaurant owner offered me a job … and then they gave me food for free.”

Wife Ayumi modelled for the shoots when not doubling as a reviewer.

That kind of enterprise could pay off in Japan for the Cape Verde Olympic Committee, which learned of the couple when they moved into a hotel owned by American former windsurfing world champion Josh Angulo.

“You go to another planet, Planet Olympics,” said Cunha, describing the benefits for the Kataokas.

“When they will arrive there, they will be in shock, because it is so big and so emotional, they really will understand where our invitation comes from and what it will mean for them.”