TOKYO/SEOUL - A South Korean trawler and a Japanese fishing boat collided in the Sea of Japan on Thursday about 330 km (205 miles) northeast of an island claimed by both countries, officials said.

Part of the 48-tonne South Korean trawler was submerged after the collision, which occurred at 9:38 a.m. local time (0038 GMT), a South Korean Coast Guard official said.

All 13 sailors aboard the South Korean boat were rescued by other fishing vessels nearby, the official said.

In Tokyo, Chief Cabinet Secretary Yoshihide Suga confirmed the collision and said there had been no casualties on the Japanese boat. 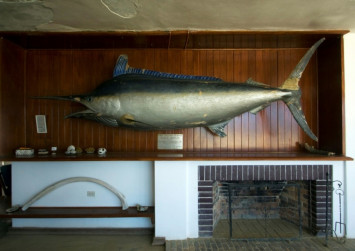 The collision occurred northeast of an island known as Dokdo in South Korea and Takeshima in Japan, located about halfway between the two countries in the Sea of Japan, which Seoul refers to as the East Sea.

South Korea's coast guard has sent a patrol ship and helicopter to the area to investigate the cause of the incident.

"We'll look into how the collision took place once our ship arrives on the scene," the official told Reuters.