Japanese suicides decline to lowest level in over 40 years 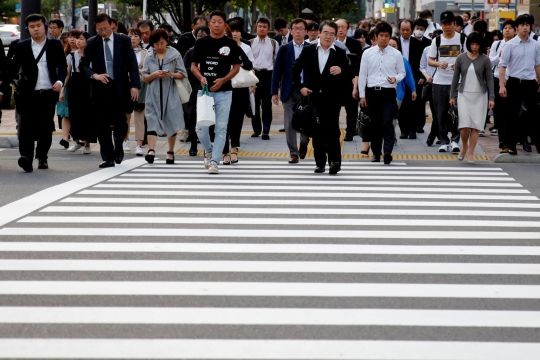 The Japanese police did not give any reason for the decline but an improving economy has undoubtedly helped and a 2007 suicide prevention programme tweaked in 2016 to allow for regional differences is apparently bearing fruit.
Reuters

TOKYO - Suicides in Japan in 2019 fell to the lowest level in more than 40 years, police said on Friday (Jan 17), marking the 10th straight year of declines.

The number of suicides fell by 881 people, bringing the overall number under 20,000 for the first time since record-keeping began in 1978, according to preliminary police data published on Friday.

By contrast, the suicide rate in the United States, with more than twice Japan's population, was 14 per 100,000 in 2017, the latest year for which data was available - although suicide is a growing problem there.

There was no breakdown by age group.

Though suicide has a long history in Japan as a way of avoiding shame or dishonour, and the country's suicide rate still tops the Group of Seven nations, a national effort has brought Japanese suicides down by about 40 per cent in roughly 15 years.

Though the police did not give any reason for the decline, an improving economy has undoubtedly helped and a 2007 suicide prevention programme tweaked in 2016 to allow for regional differences is apparently bearing fruit.

Increased psychological services, a growing number of hotlines and other volunteer outreach groups that help people express their innermost feelings have all played a role.

Corporations, prompted by lawsuits from families of those who kill themselves because of overwork, have made it easier to take leave, with more offering psychological support.

A law caps overtime, and the government mandates annual stress tests in companies with more than 50 employees.