TOKYO - Japan's biggest retail group Seven & I Holdings Co Ltd said it is replacing the head of its 7-Eleven convenience store business, amid pressure to abandon its 24-hour store policy due to a shortage of workers.

The company has come under pressure to change after complaints by franchise owners, some of whom were forced to keep working amid massive snowstorms or in the wake of a family death, attracted nationwide attention.

The company's franchise system has helped buffer the impact of Japan's tightest labour market in 40 years, as store owners are on the hook to pay wages after handing over royalty fees. 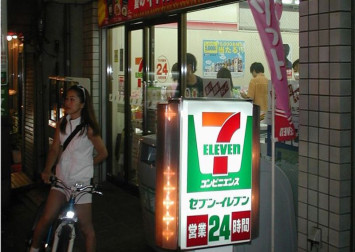 The group announced a 5 per cent rise in operating profit in the year ended February, led by growth in the convenience store business, although its outlook for 2 per cent growth in the current year was slightly weaker than market expectations.

Faced with criticism from store owners and recent calls for change by politicians, the company recently began testing shorter hours at 10 of its more than 20,700 stores.

The 7-Eleven chain, originating in the United States but now Japanese-owned, has grown since the 1970s as its 24-hour accessibility proved a perfect match with densely populated Japan and its late-night work culture.

Analysts have said more drastic change may be needed ahead as the population ages.

Rival FamilyMart UNY Holdings Co Ltd earlier this week said it was partnering with Panasonic Corp to incorporate a range of labour-saving technologies.