Korean Air shareholders oust tycoon from board in landmark vote

SEOUL - Korean Air Lines Co Ltd shareholders rejected an extension for CEO Cho Yang-ho as director in a landmark vote on Wednesday, ending his 27-year tenure on the board of South Korea's biggest carrier and sending its shares higher.

A removal would make him the first founding family member of any South Korean corporate giants to be forced off a board, analysts have said, amid growing shareholder activism in Asia's fourth-biggest economy.

A total of 64.1 per cent of shareholders present at the airline's annual shareholders' meeting voted for the airline's proposal, narrowly falling short of the two-thirds required for approving a three-year extension for Cho on the board.

Shares of Korean Air rose as much as 5.6 per cent on Wednesday morning after news of the vote, while parent Hanjin Kal rallied 9.4 per cent, before trimming earlier gains.

"Today's result is a wake up call that Korean Air family's scandals starting from 'nut rage' have not been forgotten," said Park Ju-gun, head of corporate analysis firm CEO Score.

"Although Cho doesn't seem to lose a lot of his power without a board membership, it hits his image, and his family will behave much more carefully now that he realises there are people checking on him and his management."

Cho's eldest daughter, Heather Cho, made headlines in 2014 when she lost her temper over the way she was served nuts in first class and ordered the Korean Air plane to return to its gate at a New York airport. 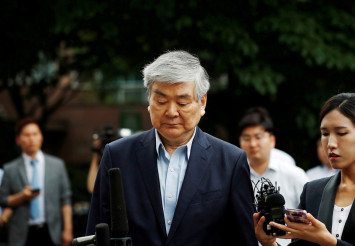 In April 2018, Cho's youngest daughter Emily Cho faced a storm of public criticism for allegedly throwing a drink at a business meeting attendee.

Both resigned from their senior positions at the airline in the wake of the scandals.

"Starting with the nut rage incident, the Cho family has thrown the airline in financial difficulty by the czar-like management style," Chae Yi-bai, a shareholder activist-turned-lawmaker, said at the shareholders' meeting.

"As a result, the company's reputation hit rock bottom and the business performance has suffered," he said.

CEO Cho did not attend the shareholders' meeting as he is overseas, a Korean Air spokeswoman said, declining to comment on the voting results.

The ball on Cho's board removal was set rolling on Tuesday when South Korea's National Pension Service, the airline's second-biggest shareholder, said it will vote against the re-election of 70-year-old Cho, who is on trial on charges of breach of trust and embezzlement. Cho has denied the charges against him.

South Korea has been trying to make its corporate giants - long dominated by powerful elites and run by family members - more accountable for their management and behaviour following a series of bribery and other scandals involving owners of corporations and their family members.

But some observers doubted much will change in the country's corporate governance record or at the airline. 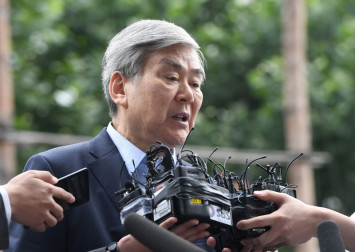 Although his board membership is terminated, Cho can continue to keep his titles of chairman and CEO of Korean Air and exercise his management rights, company officials said. He is also effectively the top shareholder of the airline through his control of Hanjin Kal.

Cho's only son Cho Won-tae, widely seen as the third generation successor of the conglomerate, is currently a board member of the company and the president of Korean Air.

"It is pretty obvious that junior Cho's vote will reflect his father's say, ultimately giving father Cho a free pass to continue to participate in issues that should only be discussed by board members," Park Chang-jin, a Korean Air flight attendant who revealed the "nut rage" incident in 2014, told Reuters after attending the shareholder meeting.

Park was among a dozen protesters who gathered in front of the Korean Air headquarters building in Seoul, demanding Cho's removal from the board ahead of the meeting.

"It is nearly impossible to change South Korea's corporate culture when it comes to family members of chaebols," he said.