One mother in South Korea checked into a hospital and expected to leave with a new bundle of joy. But she was left with more questions than answers after a nurse's alleged abuse resulted in her baby girl suffering severe injuries.

To date, over 200,000 South Koreans have signed a Blue House petition calling for the nurse accused of fracturing the newborn's skull and causing severe brain damage to be investigated and punished.

The abuse first came to light when the five-day-old baby girl from Busan, identified as A-young, showed signs of breathing difficulty at 11pm on Oct 20, said Korean media reports.

She was transferred from a private hospital specialising in obstetrics and gynaecology to a larger general hospital, where she was diagnosed with a skull fracture and severe brain damage.

Shocking CCTV footage from the private hospital showed a nurse, who remains unnamed, holding A-Young by the neck, throwing her roughly into a crib and slapping her face with a towel.

While the footage was recorded on Oct 20, local police told reporters that they had found evidence of similar abuse on the 18th and 19th.

The police also said that they were trying to recover two hours of CCTV footage from Oct 20 that appeared to have been deleted.

However, the hospital has denied any medical wrongdoing and claimed that A-young's injuries were caused when she was transferred to another hospital. 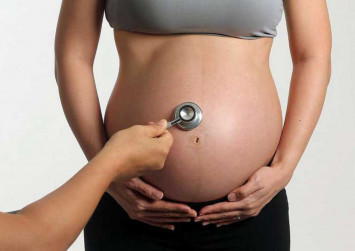 The nurse was booked on charges of child abuse but a court reportedly refused to issue an arrest warrant in consideration of the nurse's own pregnancy and citing a lack of evidence.

In the petition, which was posted on the Blue House's website on Oct 24, A-young's father called on the government to "punish those involved by a thorough investigation."

He also condemned the hospital's denial of the incident, saying that it had brought him and his family "unbearable anger".