Malaysia's Commodities and Plantations Minister Zuraida Kamaruddin speaks during an interview with Reuters in Kuala Lumpur, Malaysia, on May 10, 2022.

KUALA LUMPUR - Malaysia's Plantation Industries and Commodities Minister Zuraida Kamaruddin said on Thursday (May 26) she would meet the country's prime minister to discuss possibly stepping down from her post, one of the most important portfolios in the cabinet.

Her announcement was made after she switched parties and comes two months before a political stability pact between premier Ismail Sabri Yaakob's government and the opposition expires on July 31, potentially paving the way for a national election.

Polls are not due until next year but calls for an early general election have been growing - particularly within Ismail Sabri's ruling party UMNO, following a string of recent local election victories.

Zuraida, formerly a member of the government-aligned Bersatu party, said in a statement she was joining Parti Bangsa Malaysia (PBM), a new party set up last year that was also supportive of the prime minister.

Zuraida said she planned to meet Ismail Sabri "soonest" to discuss her resignation as commodities minister - a key portfolio in Malaysia, the world's second-largest producer of palm oil.

"I will also discuss with him about the role and direction of PBM in strengthening the... government. I have full confidence in the wisdom of the honourable Prime Minister," she said. 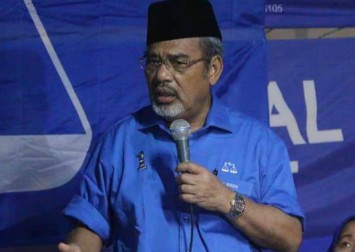 Since 2018, Malaysia has had three prime ministers and seen the collapse of two governments, amid political turmoil.

UMNO and Bersatu work together in the federal government, but ties have been strained in the past two years with the two parties contesting against each other in local polls.

The next national election is expected to be the most hotly contested yet, with both parties set to lead separate coalitions against a divided opposition and several independent parties.