But their first pregnancy changed everything.

First came the infection during childbirth, then the stark choice presented by a visiting doctor: undergo a "life-saving" hysterectomy - the removal of her uterus and ovaries - or die.

The couple took a loan of 100,000 rupees (S$1,955) to cover the procedure, trapping Mr Dharmendra in slave labour and joining thousands of people in rural India estimated to have been duped by unscrupulous doctors into having unnecessary hysterectomies. 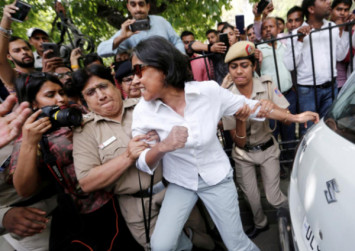 A Thomson Reuters Foundation investigation found many women - often young - targeted by doctors whom medical experts say seek to profit by prescribing the surgery for minor ailments, with the operation and later costs driving families into debt.

Having a hysterectomy brought on menopause for Ms Vaijanti, also a farm labourer, then aged 19, while Mr Dharmendra was forced to work on the moneylender's farm for long hours and low pay as he tried to clear his debt - becoming a victim of debt bondage.

He ended up having to do other jobs and take more loans to support his wife and child, and now - seven years after the surgery - earns less than the monthly interest of 6,000 rupees.

"The interest on the loan is rising every month," Mr Dharmendra told the Thomson Reuters Foundation, sitting in a sparse hut next to his wife in Taroli, a village in the state of Rajasthan.

"We don't sleep any more. We fear the moneylender," he said before Ms Vaijanti listed their losses - the wedding jewellery they sold, her fertility, his freedom and their hopes for the future.

About 3 per cent of Indian women have had the surgery, found a landmark survey in 2018 by the government, which is trying to improve medical standards and reduce malpractice after media reports and a lawsuit drew attention to hysterectomy scams.

The cost of hysterectomies driving families into slavery has largely gone under the radar, human rights activists said.

The Indian Council of Medical Research is writing guidelines for hysterectomies, and the health ministry plans to publish a standard operating procedure for gynaecologists to follow.

But Mr Dinesh Baswal, deputy commissioner of maternal health in the health ministry, said it was a complex problem, as women sought hysterectomies thinking that it would help resolve abnormal bleeding or painful periods that stopped them working.

"A majority of cases can be handled with the assurance that it will go on its own," Mr Baswal said. "But how do you counsel them? They keep going back to the doctor for a solution."

Medical experts and health campaigners said they were concerned action was too slow, with India overlooking the financial distress and bonded labour involved post-surgery.

The popularity of hysterectomies was once attributed to its coverage by state health insurance schemes for the poor. But the surgery has continued after many states removed the cover due to reports of hospitals carrying out the procedure to claim funds.

In visits to about a dozen villages in Maharashtra, Rajasthan and Telangana states over five months, the Thomson Reuters Foundation found hysterectomies were routinely leaving families destitute and trapping people in modern-day slavery.

Interviews with 38 women who said they were struggling financially post-surgery uncovered 10 cases of debt bondage, with families selling jewellery, livestock and land to survive.

In most cases, their husbands or sons had no choice but to toil for the moneylender, who used the debt as leverage to compel them to work without any contract, rights or recourse.

The families reported the surgery costing between 30,000 and 100,000 rupees, but many ended up paying more for post-procedure problems. With many women unable to return to work, families' incomes were halved, increasing their dependence on loans.

India is home to an estimated eight million modern-day slaves, working at farms, factories and fisheries, trapped in the sex trade or forced into marriages, according to the Global Slavery Index by the Australia-based charity Walk Free Foundation.

In a first step to map the problem after years of activism on the medical malpractice, the government last year released data on the number of women who had undergone the procedure. 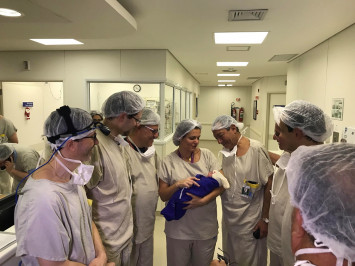 Various states from Telangana to Chhattisgarh have in the past decade cracked down on small private clinics that performed the surgery frequently to claim state health insurance funds.

But India has not grasped the scale of how many unnecessary hysterectomies are being performed nationwide, according to activists who said the 2018 survey was only a small first step.

Half of the women had never gone to school and two-thirds of surgeries were performed in private hospitals, the data showed.

Campaigners fear without a crackdown on unscrupulous clinics across rural India, the practice will continue to endanger women's health and trap families in debt bondage.

Some medical studies have linked hysterectomies to early onset of osteoporosis and other serious health side effects.

"This has to be recognised as a cause of indebtedness and bonded labour," said Bharath Bhushan, founder of Centre for Action Research and People's Development (CARPED) - one of the first organisations to study the medical malpractice in 2005.

"This (a hysterectomy) is a big expense for poor families, and it leads to loss of wages as the women are unable to work post-surgery," Bhushan said. "They have lost their health, and livelihood. This is crazy... This is war on a woman's body."

Over the last decade, activists have recorded thousands of hysterectomies in villages in Telangana, Rajasthan, Maharashtra, Bihar, Chattisgarh, Karnataka and Odisha, among other states.

Ms Deepali Laute was 21 when she had a hysterectomy after being told she could die of her abdominal pain. Ms Laute was a mother of two and the doctor said she no longer needed her uterus anyway.

As farm workers in Budhiyad village in Maharashtra, Ms Laute and her husband earned 200 rupees daily. They took a loan of 20,000 rupees from their boss that trapped them in debt bondage.

Three years later, she is still recovering from the surgery and cannot work, while her husband Dashrath repays the loan by spending longer hours on his employer's farm for far less money.

"We were always poor, but I never had a loan on my head," said Mr Dashrath. While he earns about 250 rupees for a day's work, the loan repayment leaves him with only 50 rupees to take home.

"My loan is constantly increasing, as I keep borrowing more for recurring medical expenses. Deepali is still not well."

Despite their strife, the couple do not regret the surgery.

"The doctor said I will die if I don't get my womb removed. I feel a lot of pain after the surgery in my limbs, but at least I am alive," said Ms Laute, feeding goats tied outside her tin shed home in the middle of a pomegranate farm as dusk drew nearer.

Baswal, from the health ministry, said various states have started requiring doctors to gain government approval to perform a hysterectomy - to curb unnecessary surgery and fraudulent claims for money.

But now people pay for the procedure themselves and move to nearby villages or far-off towns to repay the debt, said Archana Kharche of Astitva, a Maharashtra-based women's rights charity that has the mapped the malpractice in 20 villages in the area.

About 400km east of Budhiyad is Mohammed Nagar village in Telangana state, where generations have undergone the procedure as doctors in the area defy sporadic state crackdowns.

Telangana has the highest number of hysterectomies in India - government data shows - with Maloth Bhuti among those who believed the surgery was her best shot at curing period pains.

The surgery halved her family income as Bhuti, whose mother and daughter-in-law are among 50 women in the village to have undergone the procedure, was unable to return to her farm work.

"I can no longer work. My children take care of me. My husband had to leave the village to work on the money lender's farm. He had no choice," said Bhuti, 45, a mother of four.

Telangana health director G. Srinivas Rao said the state was informing women in villages of the health risks of the surgery.

"We have also asked hospitals to fill out details of each hysterectomy case, which is then audited by health officials.

There is some change," said Dr Rao.

In Dausa, Rajasthan, advocate Durga Prasad Saini recalled how he started tracking hysterectomies in five private hospitals in the neighbouring town of Bandikui almost a decade ago.

"We were discussing the problem of female foeticide, when someone said: 'But where are the wombs?'" he said.

"Nearly 80 per cent of all procedures carried out were hysterectomies. We counted 1,000 hysterectomies in a year in the five (private) hospitals," he said.

His findings formed part of a petition filed in 2013 against the practice in the Supreme Court by physician-campaigner Narendra Gupta, founder of non-profit Prayas based in Rajasthan, who sought compensation for the women who had the surgery.

The petition - which is still pending in India's top court - and subsequent requests to officials prompted the government to carry out the first-ever national hysterectomy survey, he said.

Rural women often do not get a proper consultation at state hospitals so they go to private doctors, where they are advised to undergo "unnecessary and unethical" hysterectomies, he added.

"There are enough studies and reports that show clearly that there is a rising number of hysterectomies," Mr Gupta said.

"A lot... are being conducted without other non-invasive methods being explored."

While hysterectomies in the West are common post-menopause, activists say many rural Indians are having the surgery young - after being told it offers a quick fix to their period problems.

Some doctors say they offer the surgery based on demand.

"Women think if the uterus is removed, they will be free of (period pains)," said Dr C.K. Sharma, who runs a hospital in Karauli, which is popular with women in nearby villages.

"If I say no (for a hysterectomy), they will go to another doctor to get it removed," said Dr Sharma, who declined to give his full name and did not respond to further requests for comment.

DESPERATE FOR THE DOCTOR

Hysterectomies, medical experts say, are never the solution to the problems that women present to doctors, and its demand highlights the issue of private doctors cashing in on ignorance.

"Doctors link all of it - their pelvic pain or lower back pain - to the uterus," said Ms Subha Sri, the head of Commonhealth - a Chennai-based coalition of health charities.

Ms Subha Sri reviewed hysterectomy cases in southern Karnataka state and said the procedure - which should be carried out only in rare cases - was being arbitrarily done by doctors.

"They are introducing health problems and often not treating women for what they had come for," she said.

Couples such as Mr Dharmendra Meena and Ms Vaijanti said they felt they had no option but to opt for surgery that was presented as a life-or-death choice at a desperate time.

But Ms Vaijanti often wonders about what could have been.

"I could have continued working on the farm if I hadn't had the surgery. I would have had another child," the 26-year-old said. "The surgery changed everything."