Monkeys stone 72-year-old to death in India, family and police tussle over who to name as accused 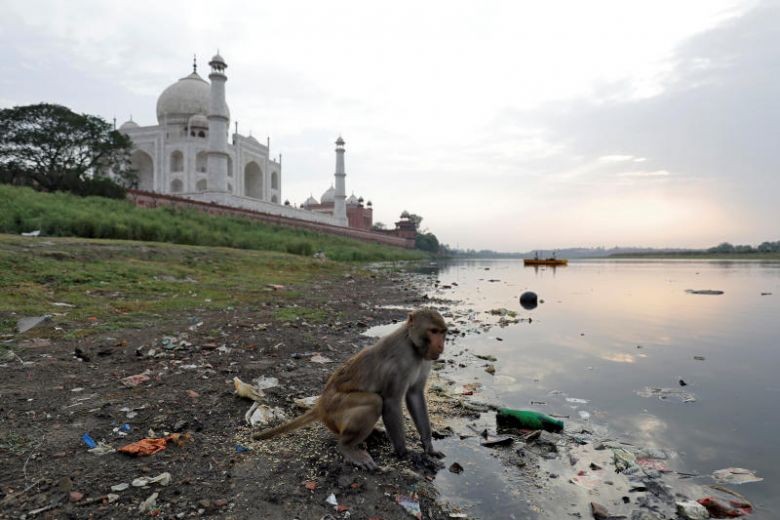 A 72-year-old man was stoned to death by a troop of monkeys in India on Thursday (Oct 18), resulting in a tussle between the family and the police over who to name as the accused in the case.

The man, Mr Dharampal Singh, was collecting pieces of dry wood in the village of Baghpat in Uttar Pradesh when the monkeys threw bricks at him from a treetop, reported Indian newspaper The Times of India. The monkeys had taken the bricks from a nearby dilapidated building.

The elderly man's brother, Mr Krishnapal Singh, told the newspaper that monkeys threw more than 20 bricks at Mr Dharampal, hitting him on the head, chest and legs.

Mr Krishnapal added: "These rogue monkeys are the real culprits and must pay for it.

"We have given a written complaint against the monkeys but police don't seem convinced enough to convert it into a FIR (first information report)."

A first information report refers to the information on a case recorded by the police, and is used as the basis for starting investigations.

The family is now looking to take the issue up with higher authorities.

Local police told The Times of India that the family's demand was illogical, and that police had registered the case as an accident.

Doghat police station station officer Chitwan Singh said: "How can we register the case against monkeys?

"This will make us a laughing stock."