NEW DELHI - At least 17 people have been killed across Nepal after torrential monsoon rains induced floods and landslides, officials said on Friday (July 12).

In neighbouring northeastern India, the death toll rose to 11, with six dead in Assam and another five in Arunachal Pradesh, officials said.

Heavy rains since Thursday have hit several districts in Nepal, especially in the country's eastern region and the southern plains.

According to figures released by Nepal's police, a further seven people have been injured and seven others reported missing. 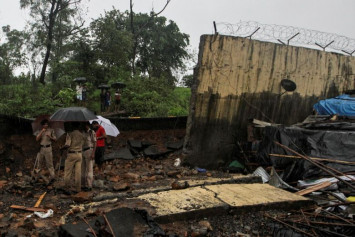 Three were killed when a wall collapsed in the capital, Kathmandu.

"Local authorities and our security officials are all working to rescue people and bring them to safety. Helicopters are on standby if needed," Home Ministry official Umakanta Adhikari told AFP.

Nepal's weather department warned on Thursday that heavy rains were expected to continue for two days, and advised people to stay alert.

Nearly 150 people died last year in Nepal during the rainy season, which typically begins in late June and lasts until the end of August.

In Bangladesh, aid groups were providing rations to Rohingya refugees in the south-east of the country, with the UN World Food Programme saying on Friday that two people - including a child - had died.