In Nepal's capital, piles of garbage put off tourists and residents

A woman covers her face as she walks past a pile of garbage dumped along the street in New Road, a financial hub and one of the busiest streets of Nepal, as locals from a village near the dumping site protest against garbage being dumped in their area by obstructing garbage trucks from reaching the dumping site, in Kathmandu, Nepal, on June 8, 2022.

KATHMANDU - British tourist Richard McSorley walked past a stinking heap of garbage in Nepal's capital Kathmandu on Thursday (June 9) reminiscing the much cleaner temple-studded city he had visited decades ago for the first time.

"If I was a new tourist I would be disgusted," the 48-year-old told Reuters, pointing to a pile of trash by the side of a street in Kathmandu, where the government is keen to draw more tourists after the country's cash-strapped economy was battered by the Covid-19 pandemic.

For weeks, proper disposal of waste has become a chronic problem in the hill-ringed city after attempts to dump garbage in a small landfill site at a village outside Kathmandu was met with resistance from local residents.

Biswas Dhungana, a protester at the dumping site in Bancharedanda, said villagers would not allow trucks loaded with trash to enter, alleging authorities had done little to provide infrastructure and manage garbage.

"We have been forced to live like pigs in yucky conditions for several years as the government has not done anything to keep the village clean," Dhungana told Reuters.

On Wednesday, hundreds of villagers including women and children erected a barrier of rocks on the road to Bancharedanda and forced about 200 trucks laden with Kathmandu's garbage to return without dumping their load.

Read Also
6 of the best 'teahouse' treks in Nepal, including Everest Base Camp 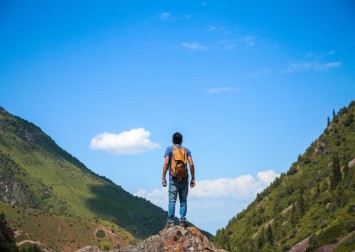 Sunil Lamsal, an official overseeing the handling of the Kathmandu's trash, said he was working to address the concerns raised by Bancharedanda residents as soon as possible.

"We are coordinating with the protesters and will invite them for talks to resolve the problem," Lamsal said.

But the trash piles on Kathmandu's streets are steadily growing, adding to the angst of residents.

"I am fed up with the authorities who can't even keep the city clean," Kathmandu resident Laloo Magar said. "It is a shame... a disgrace."