No joke: This Indonesian girl is named 'Y'

Get your dose of humorous and wacky stories that happened this week.

Before you break out into the chorus of I Want It That Way, there's actually a really special reason why a 23-year-old girl in Indonesia is known officially as 'Y'.

According to local news platform Kumparan, Y was initially meant to be named 'Dasih Utami' but as her father was registering her name, he decided he wanted something shorter.

Y, or Ya, is the last letter in the Jawi alphabet, which the 57-year-old explained meant 'perfection'.

While she's never been bullied for her name, Y does encounter difficulties with the school's administrative systems sometimes.

But if anything, one may argue it's better than being named 'X Æ A-12'. 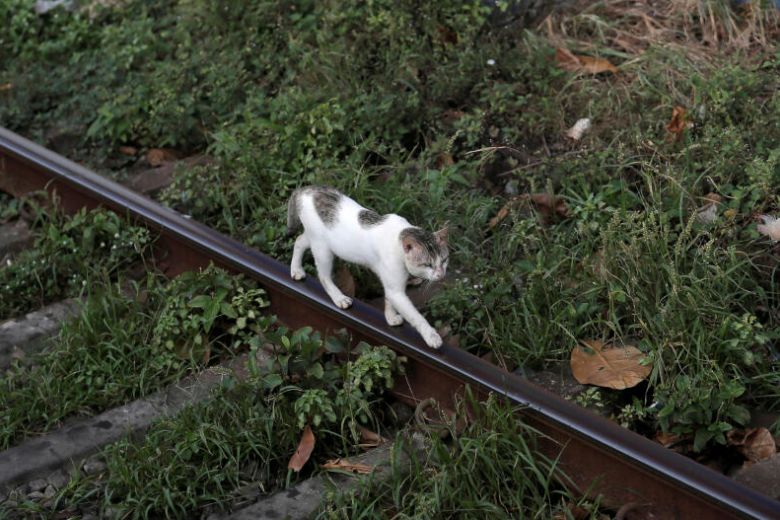 No prison can hold this feline prisoner it seems.

The furry fugitive had been apprehended for allegedly trying to smuggle nearly two grammes of heroin, two mobile phone SIM cards and well as a memory chip in a bag around its neck, according to media reports.

It was held captive in a prison room in the maximum security Welikada Prison — also the largest inmate facility in Sri Lanka — but broke out the day after.

There was no immediate comment from the prison authorities. For now, it remains an outlaw cat.

Don't feel safe anymore with dreaded criminals like these roaming around freely.. pic.twitter.com/YBOGH6fW8v

You know a store serves up good food when even animals join the queue.

This good boy was spotted lining up behind several human patrons by the staff working at Nasi Lemak Jambatan Tamparuli — a famous Nasi Lemak stall in Kuching, Sarawak.

In an adorable comic strip uploaded onto Facebook by the business, the doggo attempted to bargain for a pack of goods before sheepishly admitting he had no cash on him.

Nevermind the penniless pooch, he still got a piece of fried chicken in the end, courtesy of the generous owner.

After all, as every dog knows, patience begets rewards.