Mask up and no screaming: Japanese theme parks advise visitors

Of the many "new normals" to expect post-pandemic, a silent theme park might be one of them.

After Japan lifted its nationwide state of emergency over Covid-19 on Monday (May 25), extra caution in reopening the country is required to prevent another wave of infections.

As such, the East and West Japan Amusement Park Association has released a set of guidelines, agreed on with Oriental Land Japan and USJ LLC — the companies behind Tokyo Disneyland/Disney Sea and Universal Studios Japan respectively.

While most of the new rules are commonplace, there were also unusual suggestions such as "refraining from vocalising loudly" while riding roller coasters and other conveyance-style attractions. Guests are also required to keep their masks on during the ride. 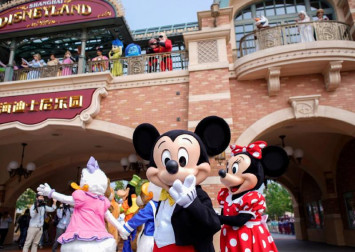 In the same vein, scare actors in haunted houses have to maintain a healthy distance from participants, and mascot characters are to refrain from shaking hands or giving high-fives to the crowd.

Even shows featuring superheroes engaged in exciting battles with their foes require the actors to avoid calling on the audience to prevent screams and cheers of support.

Still, the guidelines warned that these measures alone would not be able to reduce the infections to zero and advise on waiting a while longer before returning to the parks.

Universal Studios Singapore, as well as other theme parks, remain closed for now under Singapore's three-phase reopening of the country, it doesn't seem as though we'll be making a trip to a theme park anytime soon.

Still, a future with silent funfairs might not be as improbable as it sounds.