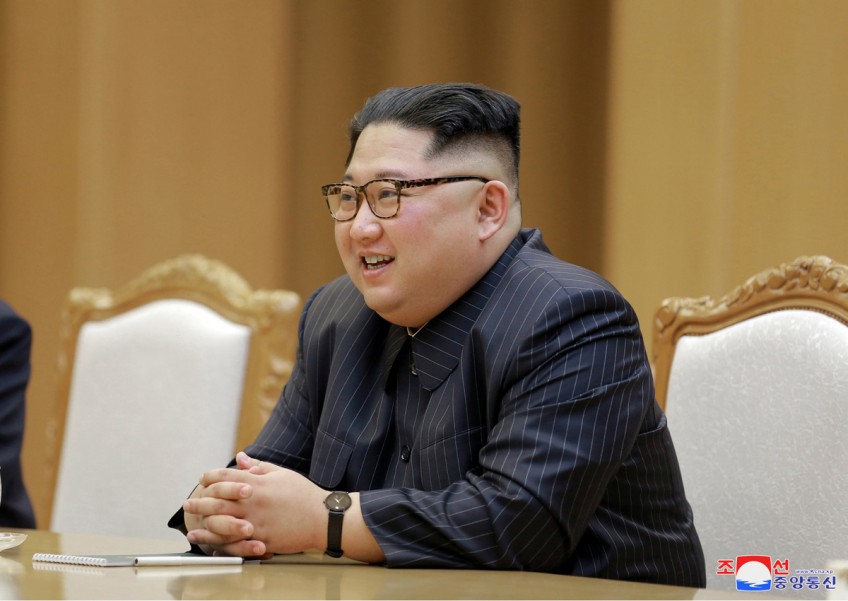 SEOUL - North Korea has scheduled the dismantlement of its nuclear test site for sometime between May 23 and 25 depending on weather conditions in order to uphold its previous pledge to discontinue nuclear tests, state media reported on Saturday.

The country's central news agency said the dismantlement of the nuclear test ground would involve collapsing all of its tunnels with explosions, blocking its entrances and removing all observation facilities, research buildings and security posts.

"The Nuclear Weapon Institute and other concerned institutions are taking technical measures for dismantling the northern nuclear test ground of the DPRK in order to ensure transparency of discontinuance of the nuclear test," said the announcement. DPRK is an acronym for North Korea's official name, the Democratic People's Republic of Korea.

The announcement comes after US President Donald Trump said he would hold a summit with North Korean leader Kim Jong Un in Singapore on June 12. It will be the first meeting ever between a sitting US president and the leader of North Korea.

It follows a flurry of international engagement with North Korea as the two Koreas held their own summit in late April and officials plan to hold high-level meetings in coming weeks.

Trump's Secretary of State Mike Pompeo said on Friday North Korea can look forward to "a future brimming with peace and prosperity" if it agrees to quickly give up its nuclear weapons.

Officials in Seoul had said in April that North Korea planned to invite experts and journalists from the United States and South Korea for the shutdown of its test site.

North Korea said journalists from other countries, including the United States and South Korea, will be invited to cover the event, to "show in a transparent manner the dismantlement of the northern nuclear test ground to be carried out".

In order to accommodate the travelling journalists, North Korea said various measures would be taken including "opening territorial air space".

All international journalists will be provided with a charter flight into Wonsan, a port city in eastern North Korea, from Beijing, KCNA said. There, reporters will board a charter train to the nuclear test ground in an "uninhabited deep mountain area".

North Korea's six known nuclear tests have taken place in Punggye-ri, a location in the northeastern part of North Korea where a system of tunnels have been dug under Mount Mantap.

Experts have said the pledge to dismantle the test site is a big step forward but verifying it will be difficult.