SEOUL - A former South Korean provincial governor who once ran for presidential nomination was jailed for three and a half years on Friday (Feb 1) for molesting an aide after his earlier acquittal was overturned in one of the country's most high-profile #MeToo cases.

An Hee-jung had been a rising star in South Korea's ruling party before he quit in March 2018, hours after the aide accused him of repeated sexual assault.

"Former governor An's position of power over the victim was sufficient to dominate her free will," the court said.

"An appears to have seen the victim in the context of a superior-subordinate relationship and used it to commit adultery."

An, who ran for presidential nomination in 2017, had denied wrongdoing. 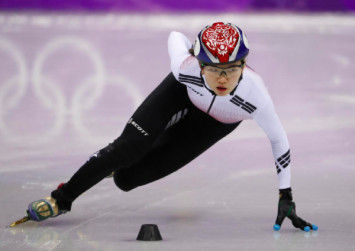 "I thank the bench that adjudicated exactly according to the truth," Ms Kim Ji-eun, the aide who had gone on national TV to accuse him of sexually harassing and repeatedly assaulting her, said in a statement.

The accused, Cho Jae-beom, who has denied the charges, is under police investigation while having been jailed on separate charges of hitting Ms Shim.