LAHORE, PAKISTAN - Pakistani authorities on Wednesday (Oct 17) executed a man convicted of raping and murdering a six-year-old girl, in an incident that shocked the country and sparked riots earlier this year.

Chilling CCTV footage broadcast on television following the killing purportedly showed the young girl - Zainab Fatima Ameen - walking hand-in-hand with an unidentified man, in what may have been her last moments.

Imran Ali, 24, was handed four separate death sentences for the rape and murder, which took place in the eastern city of Kasur in January.

In all, he confessed to eight attacks on children in the city, including five murders, in a spate of violence that terrorised society. 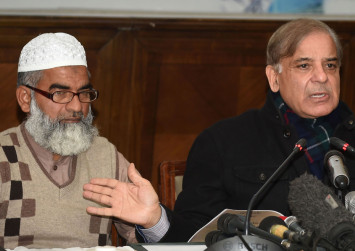 "He was hanged this morning in the presence of a prison official and the father of the victim," an official at Lahore's central prison, where the convict was executed, told AFP.

"His dead body was handed over to his family, who took it away for burial," he said.

Members of Zainab's family had called for Ali to be executed in public - a move rejected by the Lahore High Court on Tuesday.

The young girl's murder sparked outrage across Pakistan, with violence erupting in Kasur as thousands swarmed police stations and set fire to politicians' homes, while Pakistanis across the country took to social media demanding action.

At least 12 cases of rape and murder have been recorded in the Kasur area in the past two years. Ali confessed to eight of these, but four remain unsolved.

Prior to the recent flood of cases, Kasur was already infamous for sexual abuse, after the authorities uncovered a huge paedophile ring in the city in 2015.