TOKYO - The Japanese company behind the country's iconic bullet trains said on Wednesday (Feb 28) it had supplied nearly 150 faulty wheel parts that could crack and potentially cause a derailment.

Kawasaki Heavy Industries launched an investigation after a crack was found in its parts under one carriage of a Shinkansen in December.

Kawasaki found that the likely cause of the crack was that steel frames connecting the wheels to the chassis were thinner than regulations stipulate.

It said similar problems were found in a total of 146 parts on bullet trains owned by two operators, which were reportedly exchanging them even though there were no immediate fears of cracks. 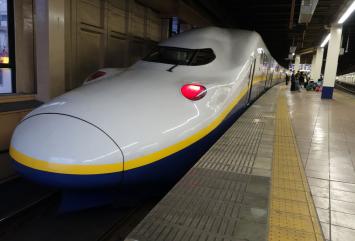 On Dec 11, 2017, the crew aboard a bullet train reported a burning smell and strange noises when it pulled out of a station in southern Japan.

The train stopped for checks at Nagoya station in central Japan and inspectors discovered the crack.

If the train had continued to run, the crack could have caused it to derail in the worst-case scenario, transport officials said.

About 1,000 passengers aboard were unhurt and they continued their journey on fresh trains.

Japanese bullet trains have been derailed before due to earthquakes but no one has been hurt.