Radio journalist Percival Mabasa was driving to work when he was gunned down by two assailants on a motorcycle.

A Philippine journalist has been shot dead while driving in the country's capital, police said on Tuesday (Oct 4), prompting condemnation from media groups and activists, who described his assassination as a blow to press freedom.

Radio journalist Percival Mabasa, 63, was killed by two assailants at the gate of a residential compound in the Las Pinas area of Manila on Monday night, police said.

"That the incident took place in Metro Manila indicates how brazen the perpetrators were, and how authorities have failed to protect journalists as well as ordinary citizens from harm," said the National Union of Journalists of the Philippines.

The national police vowed to bring justice over the attack.

President Ferdinand Marcos Jnr's office was concerned about the killing and officials had been tasked to look at the conduct of the investigation, senior deputy executive secretary Hubert Guevara told reporters.

The Philippines has one of Asia's most liberal media environments, but it remains one of the world's most dangerous places for journalists, particularly in its provinces.

At least 187 have been killed in the past 35 years in the Philippines, according to international watchdog Reporters Without Borders, including 32 killed in a single incident in 2009. 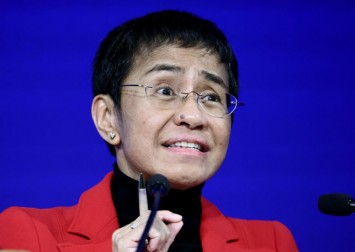 Mabasa's family called his killing a "deplorable crime" and demanded "his cowardly assassins be brought to justice".

Rights group Karapatan described him as "one of the country's fiercest truth-tellers".

Videos on Mabasa's YouTube channel, which has 216,000 subscribers, showed he had been critical of the previous president and some policies and officials in incumbent Ferdinand Marcos Jr's administration.

"We are not discounting the possibility that the shooting could be related to the victim's work in media," local police chief Jaime Santos said in a statement.

The presidential office on media security said it will presume the killing to be work-related.