The Philippine government has revoked the operating license of leading news website Rappler, officials said Monday in a ruling denounced by President Rodrigo Duterte's critics as the latest blow to press freedom.

Rappler, set up in 2012, is among a clutch of Philippine news organisations that have sparred with Duterte over their critical coverage of his brutal drugs war.

But the government rejected allegations that the ruling was an attack on press freedom, with Duterte's spokesman saying Rappler and Rappler Holdings Corp had violated a provision in the country's constitution restricting media ownership to Filipinos.

At his state of the nation address to Congress last year Duterte vowed to expose Rappler's "American ownership".

"The issue at hand is the compliance of 100 per cent Filipino ownership and management of mass media. It is not about infringement on the freedom of the press," Duterte spokesman Harry Roque said in a statement Monday.

"No one is above the law. Rappler has to comply," Roque added.

Rappler's acting managing editor Chay Hofilena told AFP the company would file a court appeal against the Securities and Exchange Commission (SEC) ruling, which is due to take effect in 15 days.

"This is pure and simple harassment, the seeming coup de grace to the relentless and malicious attacks against us since 2016," the website said in a statement.

"We will continue bringing you the news, holding the powerful to account for their actions and decisions, calling attention to government lapses that further disempower the disadvantaged," it said.

The case concerns Rappler Holdings' decision to issue Philippine depositary receipts for shares of Rappler Inc. that the government said were sold to foreign companies.

"(They are) existing for no other purpose than to effect a deceptive scheme to circumvent the constitution," the SEC said in a January 11 ruling to revoke Rappler's certificates of incorporation that were posted on the commission's website Monday.

The ruling followed setbacks suffered by other Philippine news organisations which have criticised Duterte's war on drugs that has killed nearly 4,000 suspects. 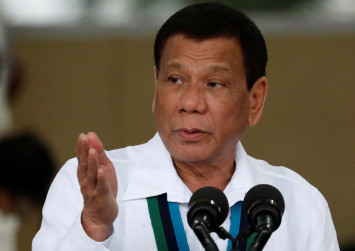 In March last year, Duterte described top newspaper Philippine Daily Inquirer and leading television broadcaster ABS-CBN as "sons of whores" and warned them of karmic repercussions over their criticism of his drug war.

"I'm not threatening them but someday their karma will catch up with them," Duterte said.

"They're shameless, those sons of whore journalists," he added.

Four months later, the Inquirer announced its owners were in talks to sell the publication. A business tycoon who backed Duterte's 2016 election bid later disclosed he was planning to buy the Inquirer.

Duterte in 2017 also threatened to block ABS-CBN's application to renew its operating franchise, a permit that requires congressional approval. 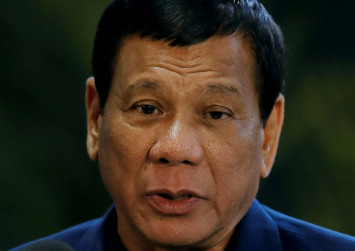 "This is a politically motivated decision, pure and simple, and just the latest attempt to go after anyone who dares to criticise the government," said James Gomez, Amnesty International's Regional Director for Southeast Asia and the Pacific.

"We call on all Filipino journalists to unite and resist every and all attempts to silence us," the union said.

Opposition Senator Risa Hontiveros said the ruling was a case of "pure harassment and a clear attack on press freedom".