Philippine taxes on sugary drinks could avert thousands of deaths, WHO study says

The Philippines could avert 24,000 premature deaths linked to diseases such as diabetes, stroke and heart failure in the next two decades after it adopted taxes on sugar-sweetened beverages, the World Health Organisation (WHO) said on Wednesday.

The taxes levied this year could cut consumption and avoid nearly 6,000 deaths related to diabetes, 8,000 from stroke and more than 10,000 from heart diseases over 20 years, a WHO research study showed.

The taxes, part of a series of reforms aimed at helping to fund infrastructure, could yield healthcare savings of about US$627 million and annual revenue of US$813 million, they added. 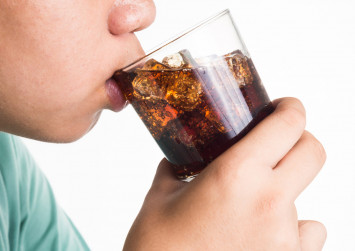 The high consumption of colas was the main driver of obesity, swelling the burden of non-communicable diseases, the WHO said.

Retail prices of sugar-sweetened beverages have risen as much as 13 per cent after the Philippines imposed the taxes in January, joining 27 countries with similar levies.

The WHO has backed taxation as a way of curbing rising obesity if retail prices rise 10 per cent to 20 per cent to cut consumption.

In 2013, 31 per cent of the total Philippine adult population of 56.3 million was overweight, the agency said, with the proportion of overweight youth nearly doubling to 8.3 per cent from close to 5 per cent within just a decade.

Countries from Britain to Belgium, France, Hungary and Mexico have adopted, or are about to adopt, similar taxes, although Scandinavian nations have used them for years.

A study published last year on the impact of Mexico's tax on sugary drinks showed it cut purchases by more than 5 per cent in the first year, and nearly 10 per cent in 2015, the second year.