MANILA - Philippine President Rodrigo Duterte is skipping a regional summit in Australia this month, his spokesman said on Monday (March 5), as he faces international censure for Manila's deadly drug war.

Duterte's decision to snub the meeting comes after he said he would not co-operate with United Nations investigators looking into alleged extrajudicial killings during the narcotics crackdown, which has left thousands dead.

His spokesman Harry Roque confirmed that the outspoken leader would not join fellow Association of Southeast Asian Nations (ASEAN) leaders for the March 17-18 special summit in Sydney.

"Developments at home continue to require the president's presence in the Philippines," Roque told reporters.

Australia was among several countries to raise concern about the Philippine anti-drug war's death toll at a UN Human Rights Council meeting in Geneva last year.

Duterte was elected in 2016 on a promise to eradicate drugs and launched an unprecedented campaign in which police say they have killed more than 4,100 drug suspects who resisted arrest. However rights groups estimate there have been more than 12,000 deaths in all, including people murdered by shadowy vigilante groups.

Duterte, who last week told police and soldiers not to co-operate with any probe, is also facing a preliminary examination by the International Criminal Court over alleged extrajudicial killings.

Roque said Duterte would send Foreign Secretary Alan Peter Cayetano as his representative to the summit, while the president attends the graduation ceremony of the Philippine Military Academy. 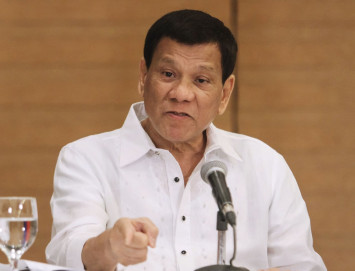 Duterte plans to use the event to speak to young officers about the fight against "modern-day terrorism" among other topics, Roque added.

Duterte is not the only ASEAN leader feeling the heat over his rights record.

Last month, Cambodian Prime Minister Hun Sen threatened to "shame" Australia and block the release of a joint statement at the March summit if he faces pressure over a political crackdown at home. The strongman has been chastised by Western countries for taking a hammer to Cambodia's democracy in recent months by dissolving the main opposition party, shuttering independent news outlets and pursuing critics in the courts.