Philippines to reopen 'cesspool' Boracay on Friday after clean up 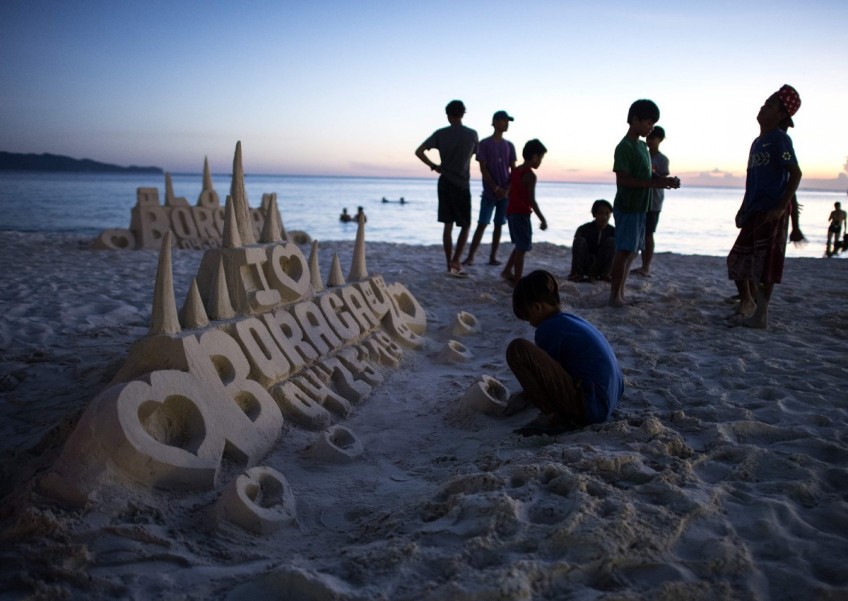 This photo taken on April 25, 2018 shows a boy making a sand castle on the Philippine island of Boracay.
AFP

MANILA - The Philippines reopens its crown jewel resort island Boracay to holidaymakers on Friday, after a sixmonth clean up aimed at repairing the damage inflicted by years of unrestrained mass tourism.

Philippine President Rodrigo Duterte ordered the island shuttered in April for a major effort to fortify weak infrastructure and crack down on the rampant overdevelopment that had left it, what he termed, a "cesspool".

When the government throws open the doors, Boracay will have fewer hotels and restaurants, a cap on the number of visitors and anti beach boozing rules aimed at taming its party-hard reputation.

All of this is intended to protect the bruised beauty of the island's turquoise waters and expanses of white sand beaches which were being loved to death by two million tourists per year.

Tourism Secretary Bernadette RomuloPuyat said she hopes the new Boracay will be the start of a "culture of sustainable tourism" in the Philippines, adding other tourist destinations will be next. "It means taking account of the repercussions of our actions on current and future situations of the environment," she told reporters on Friday.

Romulo-Puyat said she has sent a written "warning" to other top Philippine tourist draws including El Nido and Panglao islands, while others, such as the whale shark feeding site of Oslob have cut its tourist arrivals by half.

Boracay, which major tourist magazines consistently rate as among the world's best beaches, is a mere 1,000 hectares (2,470 acres).

Yet it was seeing up to 40,000 sun worshippers at peak times, who left behind $1 billion a year but also mountains of garbage, an overflowing sewer system and a carnivallike atmosphere. Under the new rules, 19,200 tourists will be allowed on the island at any one time, with the government aiming to enforce that by controlling the number of available hotel rooms.

Fire eaters, masseuses, vendors, stray dogs, bonfires and even the builders of its famous photo op sandcastles have been chased from the beachfront, while buildings were torn down to create a 30metre(98foot) easement from the waterline.

All water sports save for swimming are also banned for the time being, while Boracay's three casinos have been permanently shut down in line with Duterte's wishes.

Nearly 400 hotels and restaurants deemed to violate local environmental laws have already been ordered closed and airlines as well as ferries were told to restrict service to the area.

Boozing and smoking are banned on the beach and the huge multi-day beach parties dubbed "LaBoracay" that drew tens of thousands of tourists during the May 1 Labour Day weekend will be a thing of the past.

The Boracay Foundation, the main business industry group on the island, did not comment on the new rules but welcomed the return of tourists.

"We are pleased that workers have now got their jobs back and will now be able to do what they love and provide for their families," its executive director Pia Miraflores told AFP.

"Everyone, big and small, has sacrificed a lot during the six-month (closure)," she added.

Other places in the region strained by mass tourism have also used closures as a tactic to protect the sites from destruction.

Thai authorities announced in October that the glittering bay immortalised in the movie "The Beach" will be closed indefinitely to allow it to recover from the impact of hordes of tourists.