BANGKOK - Thais of Chinese descent largely ignored Bangkok's call for restraint in burning of incense and "spirit money" to mark the Chinese New Year as the city fights choking pollution.

Most people celebrating the Year of the Pig, which began on Tuesday (Feb 5), shrugged off health concerns as they burnt offerings to ancestors at shrines, many wearing anti-pollution masks.

"It's impossible to completely stop burning incense," said Romnalin Wangteeranon, 61, from behind a mask. "It's a festival that we descendants cannot do without."

Air quality in Bangkok has been hovering at unhealthy levels as the amount of hazardous dust particles known as PM 2.5 exceeded the safe level in several districts where face masks have sold out at most drug stores. 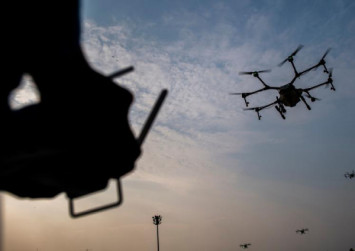 PM 2.5 is a mixture of liquid droplets and solid particles that can include dust, soot and smoke, one of the main measures of the Air Quality Index (AQI).

Tuesday's AQI was 110 in the afternoon, according to airvisual.com, which measures levels in cities worldwide, placing Bangkok among the world's most polluted cities.

Bangkok's index has improved from last week due to a change in wind direction. But measures taken by the government, including seeding rain clouds, regulating truck traffic and hosing down streets, have helped little.

There was only slightly less incense burning this year compared to 2018, which was not enough to make a difference, said an official at the Poh Teck Tung Foundation, which runs the Tai Hong Kong Shrine in Bangkok's Chinatown.

"Since we could only ask for co-operation, not impose a ban, most people are still doing it," the official said.

Chinese communities around the world welcome Year of the Pig