Removing the melted fuel is considered the most difficult part of the massive clean-up operation and is not expected to begin until 2021.

TOKYO - A robot will attempt to examine radioactive fuel at Japan's Fukushima nuclear plant on Wednesday (Feb 13) in a complex operation seen as key to clean-up efforts after the 2011 meltdown.

The operation is intended to better assess the status of the melted fuel, including whether it is stable enough to be picked up for removal, or if it may crumble upon contact.

"The operation began at 7am local time and will last around five hours. So far, no problems have been reported," a spokeswoman for the plant's operator Tepco told AFP.

The operation is being carried out at the plant's reactor 2, one of three that melted down after a massive earthquake and tsunami in March 2011. 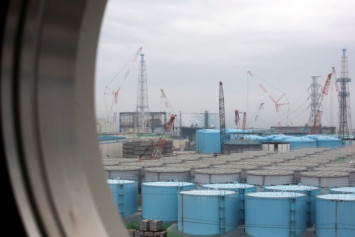 Robots have already peered inside the reactor to allow experts to assess the melted fuel visually, but Wednesday's test will be the first attempt to work out how fragile the highly radioactive material is.

Removing the melted fuel is considered the most difficult part of the massive clean-up operation in the wake of the worst nuclear disaster since Chernobyl.

It is not expected to begin until 2021, and Tepco has other issues to resolve, including how to dispose of large quantities of contaminated water stored in containers at the plant site.

The March 2011 tsunami that caused the meltdown was triggered by a massive undersea quake and killed around 18,000 people.

Tens of thousands of people were forced to evacuate their homes because of the threat of radiation.

The authorities have been working to rebuild the region, about 240km north of Tokyo, although areas near the crippled plant remain uninhabitable because of radiation dangers.