"It's extremely disappointing for us if a case is proven," IOC spokesman Mark Adams said after a curler from the Olympic Athletes from Russia (OAR) delegation was implicated in the second doping scandal to hit the Games.

A spokesman for the OAR in Pyeongchang told Russian media that an A sample showed a possible violation of anti-doping rules and a B sample would be tested later Monday.

A fresh doping case would be deeply embarrassing for Russia, which was banned from the Pyeongchang Olympics over state-sponsored doping. But 168 Russian athletes deemed clean are competing as neutral Olympic Athletes from Russia.

If the case is confirmed, it will come before the Court of Arbitration for Sport, which is handling doping matters at the Olympics and has an ad hoc division in Pyeongchang.

It would also be considered by the panel which will ponder whether to end Russia's ban as early as next week.

Read Also
No Olympics for Russians who had life bans lifted 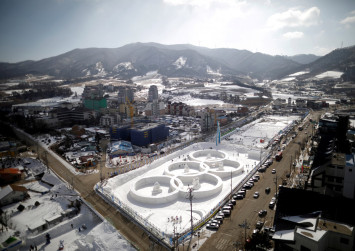 The IOC suspended Russia in December after revelations of a widespread and highly orchestrated doping conspiracy, which first emerged before the Rio 2016 Summer Games.

Investigations found that the doping plot, straddling several years, culminated when Russia hosted the Sochi 2014 Winter Olympics, where they topped the medals table.

Russian athletes in Pyeongchang are under strict instructions to honour the "letter and spirit" of guidelines governing their participation, including respect for anti-doping rules.

Meldonium was added to the World Anti-Doping Agency's list of banned substances in 2016. Russian tennis player Maria Sharapova, a former world number one, served a 15-month ban after testing positive for meldonium early that year.