Shopee lays off staff across region to 'optimise operations'

Sea, which owns Shopee, beat sales estimates and posted a smaller-than-expected loss in the first quarter of 2022.

SINGAPORE - South-east Asian e-commerce giant Shopee will lay off some workers in its ShopeeFood and ShopeePay teams in the region.

It will also let go part of its teams in Mexico, Argentina and Chile, as well as a cross-border team supporting the market in Spain, according to an internal memo seen by The Straits Times on Tuesday (June 14).

In the memo sent late on Monday, Shopee chief executive Chris Feng said it is "making some adjustments to optimise our operations in certain segments and markets".

"(Given) elevated uncertainty in the broader economy, we believe that it is prudent to make certain difficult but important adjustments to enhance our operational efficiency and focus our resources," he added.

The platform will also end its early-stage pilot in Spain.

This comes after Shopee exited the French market in March, ending a similar early-stage pilot there.

It also left the India market the same month.

Said Mr Feng: "Our business will continue operating as per usual in Shopee Mexico, Argentina, Chile, as well as for ShopeeFood and ShopeePay in South-east Asia.

"We are committed to providing the same level of support to our users, partners and merchants in all these markets."

The memo did not specify which South-east Asian countries would be affected by the layoffs. Shopee has outposts in Indonesia, Thailand, Vietnam, Malaysia and the Philippines, with its regional headquarters in the Republic. 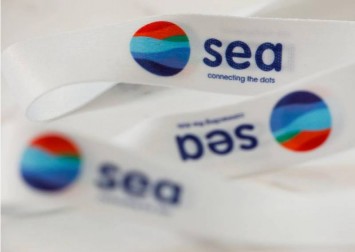 He added that the company will do "the very best we can" to support affected workers, as the move would majorly impact them and their families.

The layoffs come even as New York-listed Sea, which owns Shopee, beat sales estimates and posted a smaller-than-expected loss in the first quarter of this year, driven by strong showings in its core e-commerce and digital payments business.

ST has contacted Sea, Shopee and tech workers' union Tech Talent Assembly to confirm the scale of the layoffs, the roles involved and whether workers in Singapore are affected.

Back in 2019, ST reported Shopee had around 1,500 employees and its regional headquarters in Kent Ridge can accommodate up to 3,000.

Major tech companies like Sea are under pressure to increase profitability amid fears of a looming downturn.

Investors, shaken by uncertainties in the macroeconomic environment, have taken flight from loss-making tech stocks in recent months.