Kim said the restrictions were crucial to stamping out cases and ensuring a safe reopening of schools in two weeks.

Health experts had called for tougher social distancing rules as the number of severe Covid-19 cases has doubled in three weeks, driven largely by young, unvaccinated people and a slow vaccination drive.

The mortality rate remains relatively low at 1.02 per cent, while severe cases rose by seven to 376 as of Thursday.

With the spread of the more transmissible Delta variant, a rise in movement of people despite the restrictions, and mobilised health personnel focused on the vaccination drive rather than contact tracing, epidemiological work seems to have struggled to catch up, Lee Soon-young, president of the Korean Society of Epidemiology, told Reuters in an e-mail. 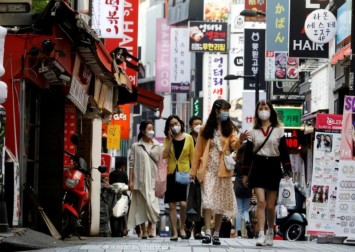 “It is true that the momentum for contact tracing is diminishing due to more movement, a surge in infections from new variants and due to overlapping tasks for vaccination adverse reaction checks, which has resulted in an increase in the number of cases of unknown transmission routes,” Lee wrote.

The country has administered at least one shot to 40 per cent of its 52 million population, while 14.7 per cent have been fully vaccinated, Korea Disease Control and Prevention Agency (KDCA) data showed.

It aims to push up that number to 70 per cent by next month.