Under the revised rules, restaurants, night-life venues and cafes will be allowed to open for business until 12 am, as opposed to 10pm currently.

SEOUL  - South Korea will relax social distancing rules and allow private gatherings of up to six people in the greater Seoul area, from the current four, starting on July 1, the government said on Sunday (June 20).

The announcement comes as South Korea has inoculated 29.2 per cent of its population as at Saturday, putting it on track to meet a target of 70 per cent by September.

Daily new infections have held stubbornly in a range of 400 to 700 for the past few weeks, but have stayed below 600 for more than a week so far.

Under the revised rules, restaurants, night-life venues and cafes will be allowed to open for business until 12am, as opposed to 10pm currently.

"The new social distancing system is an effort to find a balance between quarantine and daily life recovery amid the prolonged Covid-19 pandemic," Health Minister Kwon Deok-cheol said in a televised briefing. 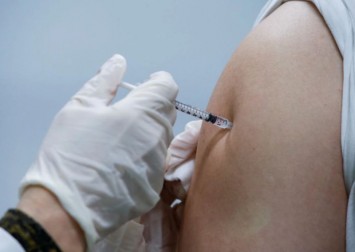 Unless daily infections spike significantly, the government plans to allow gatherings of up to eight people in the greater Seoul area from July 15, Mr Kwon said.

For those outside of greater Seoul, no restrictions will apply on the number of private gatherings allowed.

South Korea reported 429 new infections by midnight on Saturday, for a tally of 151,149 cases, the Korea Disease Control and Prevention Agency said, with a death toll of 2,002.