“I once again urge the community of nations to mobilise its strengths for the end-of-war declaration on the Korean Peninsula,” Moon said in a speech to the annual gathering of the world body.

North Korea had long sought a formal end to the Korean War to replace the armistice that stopped the fighting but left it and the US-led UN Command still technically at war.

Moon, who has been active in trying to engage with North Korea throughout his presidency, has argued that such a declaration would encourage North Korea to denuclearise. 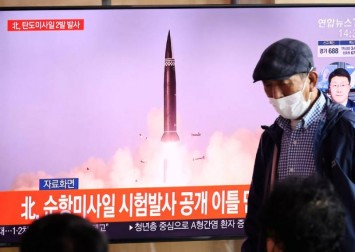 Washington has said Pyongyang must give up its nuclear weapons first.

Earlier on Tuesday, US President Joe Biden addressed the UN assembly and said the United States sought “serious and sustained diplomacy to pursue the complete denuclearisation of the Korean Peninsula.”

“We seek concrete progress towards an available plan with tangible commitments that would increase stability on the Peninsula and in the region, as well as improve the lives of the people in the Democratic People’s Republic of Korea,” he said, using North Korea’s official name.

North Korea has brushed off US calls for a return to dialogue and the head of the UN atomic watchdog said this week that Pyongyang’s nuclear programme is going “full steam ahead.”