In South Korea's dangerous shipyards, subcontracted workers are most at risk

A damaged crane is seen at a Samsung Heavy Industries shipyard in Geoje, South Korea May 1, 2017.

"It was as if a bomb was dropped," Park said. "Bodies were too damaged to describe."

Park and his brother Sung-woo were among nearly 1,500 subcontracted employees - 90 per cent of the shipyard workforce that day - building an oil and gas platform for French energy giant Total.

All six killed and 25 workers who were injured were subcontractors, who receive lower pay, fewer employment protections and less training compared to full-time employees.

Samsung and other big Korean conglomerates acknowledge they rely increasingly heavily on subcontractors and temporary workers to cut costs and increase labour flexibility, but they bear little responsibility for workplace accidents, according to interviews with about two dozen workers, subcontractor executives and experts.

And according to a 2018 government-commissioned report, lenient sentences for companies and officials are hampering attempts to reduce occupational accidents in South Korea, which has the third worst industrial safety record among countries in the Organisation of Economic Cooperation and Development (OECD).

More than two years after South Korea's worst shipyard accident in at least a decade, Park says he is suffering from depression and post-traumatic stress disorder which worsened after a court in May ruled that no Samsung officials will serve jail time over the accident. 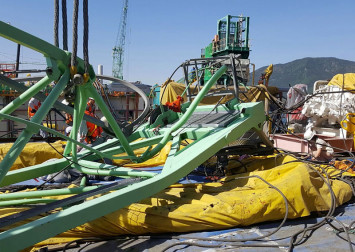 In an emailed response to Reuters' questions, Samsung Heavy said it regretted the casualties caused by the accident but could not elaborate further because of the appeal trial.

Samsung's email sign-offs read: "Safety is the No.1 value in management."

Total and Park's direct employer Haedong both declined to comment on the story.

Haedong, which remains as a subcontractor for Samsung Heavy, was not prosecuted in the criminal trial, court documents showed.

South Korean conglomerates like Samsung have been the backbone of the country's rapid economic transformation since the devastation of the Korean War into a global manufacturing and engineering powerhouse.

But as competition has increased and growth slowed, the groups known locally as chaebol have increased hiring of temporary and subcontracted workers to cut costs, boost production and make it easier to dismiss staff when demand fluctuates, experts and industry officials say.

Temporary workers accounted for 21.2 per cent of all the workers in South Korea in 2018, nearly double the OECD average of 11.7 per cent.

Workers at South Korea's subcontracted firms earned 3.4 million won (S$3,900) per month, only 62 per cent of what their peers at prime contractors made, the state-funded Korea Labor Institute said in a report last October.

"This is not just a problem of Samsung, but Korea Inc," said Lyou Sung-gyou, a labour attorney and a member of a presidential labour advisory body. 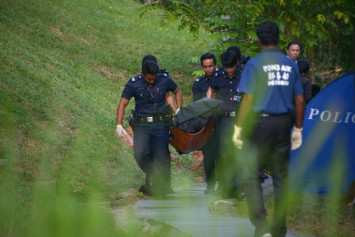 South Korea's Labour Ministry said it is "essential" to strengthen the responsibility of prime contractors for their subcontractors' safety measures.

"(Prime) contractors know the best harmful and risk factors at workplaces controlled or managed by them," the ministry said in a statement to Reuters.

The ministry added it had revised an occupational safety law to expand the scope of work sites where prime contractors are responsible for the safety of the workers.

Subcontractors at Korean shipbuilders accounted for less than half of the total workforce in 2000, but topped 70 per cent in 2014-2015, according to a report by a government-sanctioned panel of experts who investigated the 2017 Samsung crane accident.

Subcontractors further outsourced their work to third-tier workers to cut costs more, which would "inevitably increase the risks of industrial accidents", the 2018 report said.

At Royal Dutch Shell, a major client for South Korean shipbuilders, Ju Young-kyu, a senior manager at its South Korean unit, told Reuters multi-tier subcontracting is a "unique" feature in South Korea's shipyards as opposed to Chinese peers which tend to outsource less.

Better management and assessment of unskilled workers was needed to reduce accidents, he added.

The use of subcontracted workers has also enabled businesses to reduce occupational accident insurance premiums. 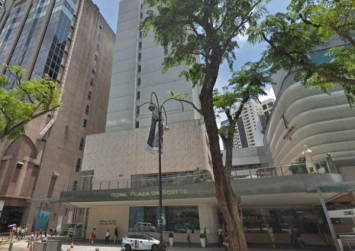 Samsung Heavy, asked about insurance premiums and legal responsibilities, said prime contractors and subcontractors shoulder responsibility depending on legal liabilities of each accident.

Workers for subcontractors in other industries are also vulnerable.

Samsung Electronics did not comment on the fire incident at Seil, its second-tier phone parts supplier. Seil declined to comment.

In South Korea, private settlements between companies and individuals at criminal proceedings are a key factor in leading to lighter sentences in civil workplace accident cases, according to last year's government-commissioned report.

Over 90 per cent of offenders received suspended sentences or minor fines - less than 10 million won in most cases - according to the report, which analysed 1,714 rulings on industrial accident cases between 2013 and 2017.

"Because of light punishments, employers may find it cheaper to pay fines and compensation instead of investing in safety equipment," said Kim Sung-ryong, the lead author of the report and a law professor at Kyungpook National University.

Out of court settlements between the families of workers who died in the 2017 crane accident and Samsung contributed to suspended jail sentences for seven Samsung employees, a ruling by the Changwon District Court in May shows. 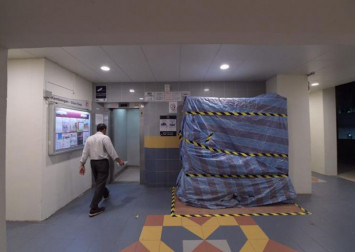 Samsung Heavy paid compensations of hundreds of thousands of dollars each to the families of some victims on behalf of subcontractors, an executive at a supplier firm who had direct knowledge of the matter told Reuters.

In return, the families of the victims agreed not to sue Samsung Heavy or the subcontractors, according to the executive, who declined to be named to discuss terms of the agreement meant to be confidential.

Samsung Heavy declined to comment on settlements with victims' families, saying it could not disclose "personal information".

A prosecution official with direct knowledge of the case said prosecutors appealed the sentences but declined further comment.

After the death of a temporary worker at a power plant prompted a public outcry last year, South Korea in January amended occupational safety laws to restrict subcontracting, but only in limited areas.

The restrictions that take effect next year will barely affect outsourcing practices of the shipbuilding industry, which reported nearly 2,000 industrial accidents, including 26 deaths last year, said lawyers and labour activists who analysed the laws. 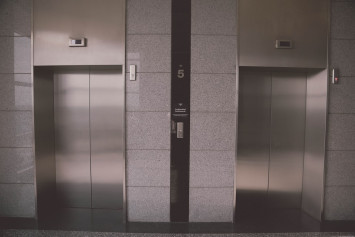 The labour ministry declined to say if the new laws apply to the shipbuilding sector and Reuters was unable to independently confirm it.

Since the deadly 2017 crane accident, Park has been unable to take the subway or elevators for fear they might collapse.

In his first interview with international media, he recalled the mangled bodies around the shipyard after the crane collapsed, hitting workers on cigarette breaks, including his brother.

Sung-woo, whose back was hit by a swinging wire, died in the emergency room from heavy bleeding.

"In the ambulance, my brother said it hurts really bad," Park said, tearfully recounting the moment. "We were there to work, not to be killed."