Ms Fumiko Shirataki has amassed an "uncountable" number of photos since her pursuit of the royals began in 1993, when she followed then-Ms Masako Owada after her engagement to Crown Prince Naruhito but couldn't get good photos.

TOKYO - Wherever Japan's royals go, there too goes Ms Fumiko Shirataki: in summer heat and winter cold, to the ocean and to the mountains.

Except when it snows or rains too hard.

"You can't get good pictures then - and if the camera lens gets wet, it might get damaged. I really worry about that," said Ms Shirataki, 78, who has spent the last 26 years following and photographing Emperor Akihito, Empress Michiko and especially Crown Princess Masako.

"As soon as I know their plans, I'll be there - though it's hard if I find out only the night before," she added.

Ms Shirataki's passion for "okkake", as the pursuit of a celebrity is known in Japan, began in 1993, when she followed then-Ms Masako Owada after her engagement to Crown Prince Naruhito, but couldn't get good photos. 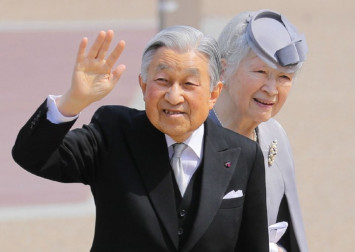 "I wasn't used to carrying such a heavy camera, so I'd shoot the tyres or the back seat or the driver," Ms Shirataki said in the kitchen of her home in Kawasaki, near Tokyo, decorated with a photo of Crown Princess Masako and an Imperial Family calendar.

But now she has honed her skills, and her house is filled with a huge number of photos.

Ms Shirataki won't reveal how she and her fan friends figure out the royal schedules. But once she has the details, she loads a backpack, takes a collapsible chair and a rice ball to eat, and heads out.

"They know our faces by now, so when we raise the cameras I guess they think 'here they are' and they face towards us and wave," said Ms Shirataki, who always wears sneakers and trousers for ease of movement while she's on the hunt.

Ms Shirataki and her fellow chasers, nearly all of whom are female, say their main focus is the royal women and their clothes. Because of time constraints - she works part time at a car dealership - she concentrates on the empress and empress-to-be.

"When my husband was still alive and earning, I'd spend five or six days a week at this, but now I have to work," she said.

The photo in the Buddhist altar for her husband, who died two years ago, is smaller than a picture of Crown Princess Masako displayed nearby.

Though she's cagey about how much her hobby costs, she spends at least 50,000 yen (S$610) annually just on photos.

Ms Shirataki says Crown Princess Masako is her favourite and has even appeared in her dreams. But Ms Shirataki worries how she will fare as empress after the stress-related illness that kept her out of the public eye for many years.

"There could be a lot of times where Masako won't go with the emperor," she said. "If it's just him, we won't go. Her alone? Yes."

Ms Shirataki may already have reached the pinnacle of okkake success: This year, she shook hands with the empress.

"I've talked with them briefly before but that's the only time I'd ever been able to put out my hand... I didn't realise I would do it," she said.