TAIPEI - Seven suspected members of a human trafficking ring have been arrested in Taiwan over the disappearance of a group of 152 Vietnamese who came to the island to work illegally, the authorities said on Tuesday (Jan 22).

Taiwan authorities have been searching for the missing Vietnamese since last month after they landed on tourist visas under an initiative to attract more visitors from South and South-east Asia at a time when arrivals from mainland China have declined.

A total of 88 of the Vietnamese had been located by Tuesday, the National Immigration Agency said in a statement, while three others were believed to have already left the island.

Prosecutors were investigating those arrested - including three Taiwan-based Vietnamese suspected of being the ring masterminds - for violating immigration, human trafficking and other laws. 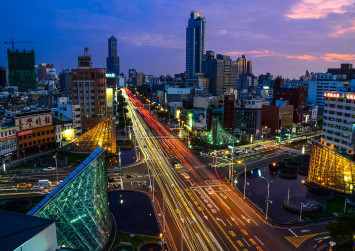 "The ring collaborated with Vietnamese human trafficking groups to operate in both Taiwan and Vietnam... and recruited Vietnamese to come to Taiwan to work under the pretext of sightseeing," the statement said.

The agency said the ring used a messaging app to recruit Vietnamese women to work as prostitutes for up to NT$3,500 (S$154) per service.

They face deportation and a three- to five-year ban from the island, it said.

Around 400 tourists have previously gone missing under the programme, according to the tourism bureau, although it is not clear how many have since been found.

The tourism initiative is part of Taiwan's "southbound policy", which targets 16 South and South-east Asian countries - as well as Australia and New Zealand - in a bid to boost tourism as arrivals from China decline.

The number of tourists from the mainland has slid dramatically as relations with China deteriorate, with speculation the authorities are turning off the taps to pressure the government of the Beijing-sceptic President Tsai Ing-wen, who came to office in 2016.