Taiwan says it's willing to engage with China, doesn't want to close door

Relations between Taipei and Beijing are at their lowest in decades.

TAIPEI - Taiwan does not want to close the door to China and is willing to engage in the spirit of goodwill, but on an equal basis and without political preconditions, Premier Su Tseng-chang said on Sunday (June 12).

Relations between Taipei and Beijing, which claims democratically ruled Taiwan as its own territory, are at their lowest in decades, with China increasing political and military pressure to get the island to accept its sovereignty.

Earlier on Sunday at a security forum in Singapore, China's defence minister said the Chinese government sought "peaceful reunification" with Taiwan but reserved "other options".

Speaking to reporters after China banned the import of grouper fish from Taiwan on safety grounds, a move Taipei called politically motivated, Su said Taiwan has always had goodwill towards China.

"As long as there is equality, reciprocity and no political preconditions, we are willing to engage in goodwill with China," he said, reiterating a position President Tsai Ing-wen has repeatedly made in public.

"As for China's harassment of Taiwan with military aircraft, warships, unreasonable suppression and political actions, the one being most unreasonable is China," he added.

"Taiwan does not want to close the door to China. It is China that has used various means to oppress and treat Taiwan unreasonably." 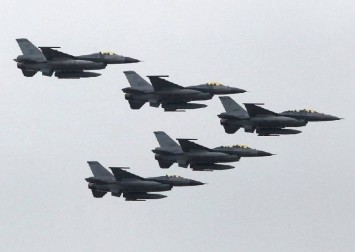 China has refused to speak to Tsai since she was first elected in 2016, viewing her as a separatist who has refused to accept that China and Taiwan are part of "one China".

Tsai says only Taiwan's people can decide their future, and while they want peace with China, they will defend themselves if attacked.

Taiwan's people, who live in one of Asia's most freewheeling and liberal democracies, have shown no interest in being ruled by autocratic China.

China has never renounced the use of force to bring Taiwan under its control.