A seven-year-old boy in Taiwan died on Tuesday (June 29) after his judo coach threw him to the ground and caused him to fall into a 70-day-long coma.

His parents decided to remove him from life support after his blood pressure and heartbeat plummeted in recent days, said the hospital which had been treating him.

Due to the severity of his injuries, the boy needed a ventilator to breathe. His brain and digestive system were also badly damaged from the incident.

According to Focus Taiwan, the boy refused to continue practising during judo class and called his coach "an idiot" on April 21.

The man then threw the boy to the ground repeatedly, with the latter's head hitting the ground several times.

He only stopped after the child vomited. 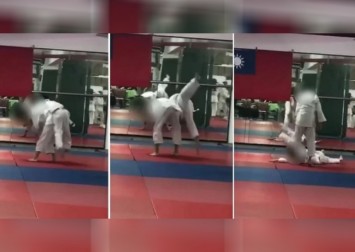 The boy lost consciousness and was taken to hospital where doctors performed surgery to treat the bleeding in his skull.

At the time, prosecutors said that the child, who was in his second week of judo lessons, did not have the skills to ensure he would land properly when he was thrown.

With the boy's death, prosecutors are now urging the court to increase the sentence for the coach, China Post reported.