Relatives of Nguyen Van Hung, one of 39 people found in a refrigerated container in Essex, east of London, had waited weeks for his body to come home.

They wailed and clutched white roses, praying for their dead -- families of two cousins who were among 39 Vietnamese found in a truck in Britain held emotional homecomings for the young men Wednesday.

Relatives have waited weeks for their bodies to come home, after they were discovered lifeless in a refrigerated container in Essex, east of London, last month.

Hoang Van Tiep, 18, and his 33-year-old cousin Nguyen Van Hung were among 39 people found in the truck, a tragedy that has paralysed communities with grief across central Vietnam, where most of the victims came from.

On Wednesday, 16 canvas-covered coffins finally arrived in Hanoi, unloaded off a flight from London in the early hours before being rushed to their hometowns in ambulances.

The coffins carried a grim warning message for their minders: "Human remains, handle with care".

In a tucked-away corner of Dien Chau district in central Nghe An province, hundreds of relatives, friends and villagers gathered to greet the bodies of the two cousins.

The men boarded the ill-fated truck together, sending their final messages to family on October 21, two days before their bodies were discovered. 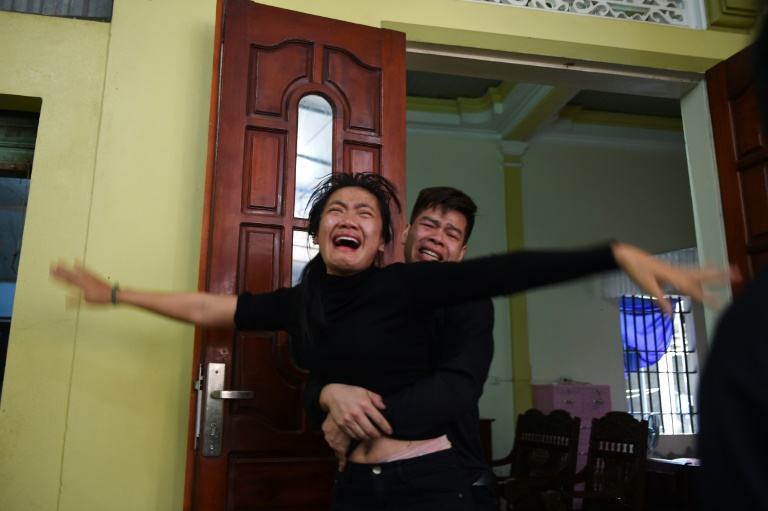 Huge crowds of mourning villagers mobbed a pair of ambulances carrying the bodies Wednesday, some relatives jostling to get the caskets out to carry them to their ancestral homes.

Priests stood nearby and prayed, as black-clad relatives wailed.

"It's so sad. Two funerals for two young men, just a few steps away from each other," said neighbour Thu Nga, carrying a white rose, a common funerary flower in Vietnam.

"They were good men, they just wanted to earn money for the family. So unlucky," she told AFP.

The two men had hoped to find good jobs in Britain.

They paid brokers thousands of dollars for a spot on the truck, and boarded with nothing more than the clothes on their backs and a bit of cash tucked in their wallets.

"No one expected him to return home like this," said one of their relatives, refusing to be named.

Their small town has been in mourning since the news emerged that Tiep and Hung were among the victims. 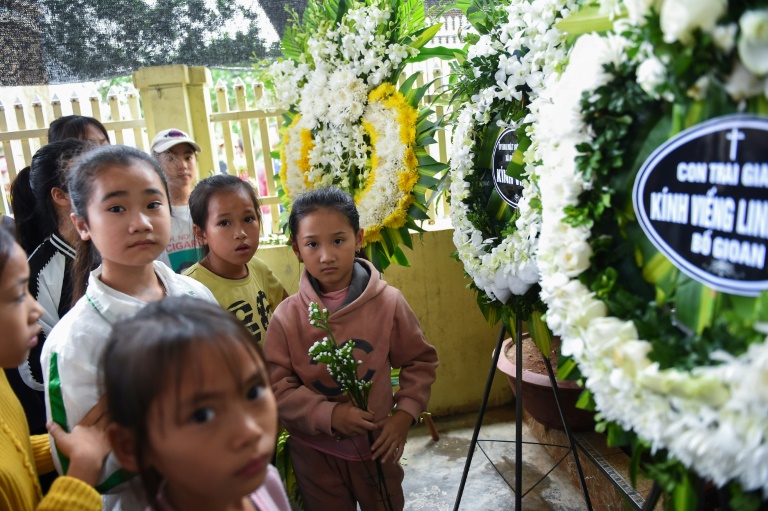 Their small town in Dien Chau district has been in mourning since the news emerged that Hoang Van Tiep, 18 and his 33-year-old cousin Nguyen Van Hung were among the victims. PHOTO: AFP

Ahead of their grim homecoming, members of the local Trung Song church hung a purple banner on the main drag in a sign of support for the grief-stricken community. 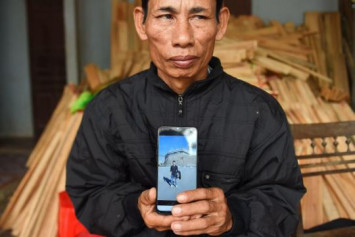 "From the family of Trung Song parish, condolences to our two children," the banner read.

Later, crowds piled into Hiep's home where his casket lay before a picture of the young man wearing a tie and with a warm smile on his face.

Floral funeral wreaths lined the entrance to the home, where villagers gathered to sing hymns. Many wore white headbands in line with Vietnam funeral customs.

It was bittersweet for some -- bereaved but relieved to finally have Hung back on home soil.

"After some time in pain, more than one month since we lost him... it's great that he is finally here," said priest Nguyen Van Nien, standing at the home. 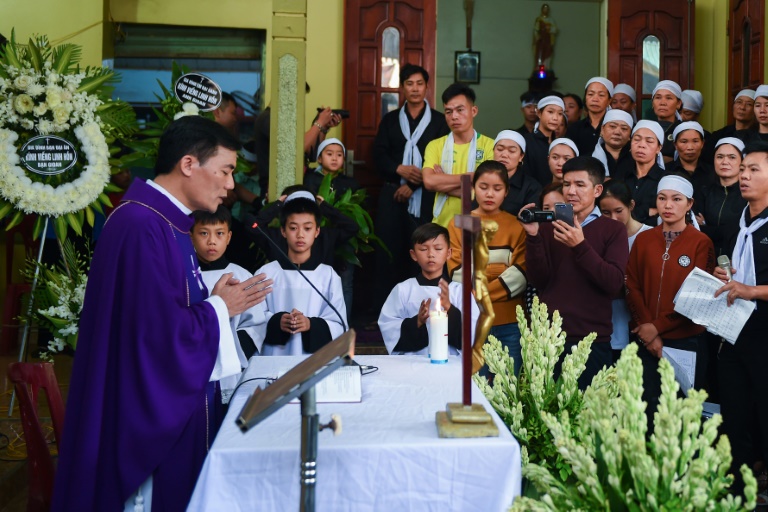 Villagers gathered to pray and sing hymns at the homecoming - grief-stricken but also relieved to finally have the bodies back on home soil. PHOTO: AFP

"Death is painful for the living... but (Hung and Tiep) would be so happy to be received by so many villagers today," he added.