An HIV-infected Thai sergeant major has been arrested and charged with raping an estimated 75 mostly teenage boys after luring them to meet him in the northeast of the country, a senior law enforcement offical told AFP Thursday.

The 43-year-old soldier in Khon Kaen province used a false profile on a gay dating app to invite the alleged victims -- who ranged in age from 13 to 18 -- to meet him, said Surachate Hakparn, deputy head of the technology crime task force.

Surachate said the teenagers had been cajoled into sharing revealing photos of themselves before arriving and then were blackmailed into having sex with the man once they were there and learned he was not the man in the profile.

"We have evidence that he raped the boys, about 75 of them," he said Thursday, adding that the suspect was arrested and charged the day before.

"We have clear evidence of this and he confessed." 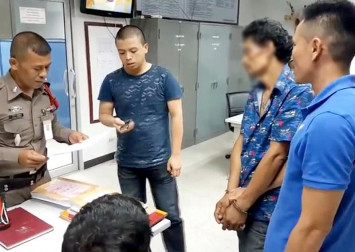 The man had allegedly carried out the sexual assaults for four years and authorities were tipped off about the claims via a tip on the Facebook page of the technology crime task forceSurachate added that police believe the scope of the investigation could be even broader and go back years.

"He has done this to boys since he served in Bangkok and continued doing it in Khon Kaen," Surachate said, adding that the suspect had been stripped of his rank.

In total the suspect faces six charges, including the rape and molestation of underage children. The maximum penalty for child rape is 20 years in jail.

HIV testing and counselling services are being provided to alleged victims.

Thailand has made headlines for sex abuse scandals in the past but much of the activity occurs out of sight and receives little coverage.

In October a former monk known for flying on a private jet and wearing designer goods was convicted of raping an underage girl in a case that shocked the Buddhist-majority country.