BANGKOK - Thailand will investigate the disappearance of a dissident Vietnamese journalist after a rights group said he may have been abducted from Bangkok where he applied for UN refugee status, a senior immigration official said on Thursday (Feb 7).

The disappearance of Radio Free Asia contributor Truong Duy Nhat comes after criticism of Thailand's detention of a Saudi asylum-seeker in January, and the separate arrest of a Bahraini football player with refugee status in Australia who is now fighting extradition back to Bahrain.

Mr Nhat is believed to have been abducted from the Thai capital around Jan 26 after he fled Vietnam fearing arrest and applied for asylum with the UN Refugee Agency (UNHCR), Amnesty International said this week.

Thai immigration chief Surachate Hakparn said there was no official record of Mr Nhat entering Thailand, but his office was looking into whether he entered the country illegally and what may have happened to him. 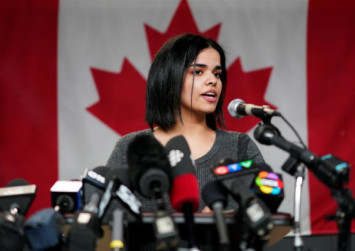 Rights groups called for an investigation after Radio Free Asia reported on Tuesday that Mr Nhat, who was jailed in Vietnam in 2014-15 for "conducting propaganda against the state", had gone missing.

Vietnamese government officials were not available to comment during a public holiday.

Rights groups said Mr Nhat fled to Thailand after receiving a tip that he was in danger of being re-arrested.

"Nhat was in Thailand for one reason only, to apply for asylum and someone obviously didn't want him to - so now the Thai government should launch an immediate investigation to find out what happened to him," said Mr Phil Robertson, deputy Asia director for Human Rights Watch.

The UNHCR in Thailand said it could not comment on or confirm individual cases.

Mr Nhat's disappearance is the latest high-profile refugee case in Thailand this year.

Bahraini footballer Hakeem Al Araibi, who has refugee status in Australia, is fighting extradition back to Bahrain after being arrested in a Bangkok airport while on vacation.

The Australian government has appealed to Thailand to release Araibi, saying he faces torture if returned to Bahrain, where he was sentenced to 10 years in prison in absentia on charges related to anti-government Arab Spring protests.

Bahrain has denied allegations of torture and said Araibi is a fugitive who should be returned.

Australia said on Thursday it is reviewing its Interpol alerting procedures after its authorities forwarded a "red notice" to Thailand that Araibi was wanted by Bahrain, despite his refugee status.

In January, Thai authorities detained an 18-year-old Saudi woman after she said she was fleeing family abuse, but Bangkok halted plans to deport her to Saudi Arabia.

The case of Rahaf Mohammed al-Qunun ended in her resettlement in Canada.