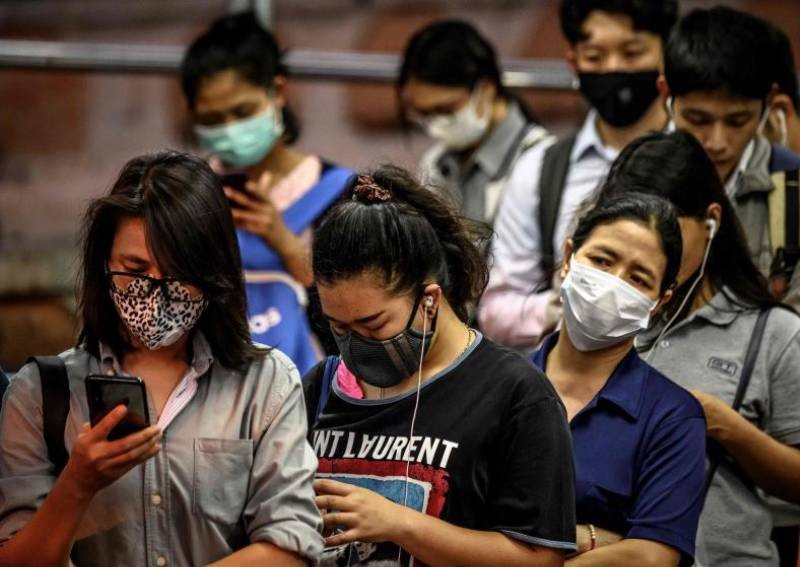 Commuters wearing protective facemasks amid fears of the spread of the Covid-19 coronavirus.
AFP

A state of emergency took effect. Authorities in Thailand, which has suffered four deaths in the pandemic, set up checkpoints on major roads linking provinces so as to increase screening in a bid to limit spread of the virus.

Entry by non-resident foreigners has also been banned. Diplomats and returning Thais who have health certificates will still be allowed to return.

All gatherings are also outlawed, and authorities have asked vulnerable people - like the elderly - stay home.

But festive ceremonies, like weddings or family activities, may continue under rules issued by the government.

Authorities also banned "reports of untrue news which could lead to fear", under penalty of up to two years in prison. The state of emergency will continue until April 30.