GIANYAR - For Balinese souvenir shop owner I Kadek Rai Nama Rupat, the past two years during the Covid-19 pandemic have been a fight for survival.

The pandemic has prevented the foreign tourists that usually throng businesses like his on the Indonesian resort island from coming and rising food prices have compounded the economic pain.

But a local non-profit group is offering help by exchanging rice for plastic trash that is then sold to a recycling company.

"Every piece of plastic waste is very valuable for the villagers today and for our economy," said Rupat, who exchanged about four kg of plastic for one kg of rice.

The Bali Plastic Exchange was founded in May last year by I Made Janur Yasa, who like many Balinese saw his main business running a vegan restaurant hit hard by the pandemic.

The 55-year-old said the driving force behind his project was a desire to feed communities in his home province in Bali and to improve the environment. 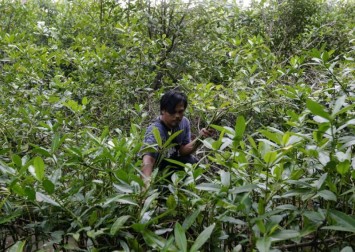 Indonesia is the world's second biggest contributor of plastic pollutants in the oceans, according to a 2019 study published in the journal Science.

There's no limit on how much plastic waste a person can bring in, though organisers encourage people to collect trash from their own neighbourhoods.

After spreading via word of mouth, the initiative had helped support about 40,000 families in 200 villages, while recycling nearly 600 tons (544 tonnes) of plastic waste, said Yasa.

"This programme has been very well received by community members," said Yasa, who hopes to expand it to other provinces in Indonesia.