US committed to helping Taiwan defend itself, says top diplomat

TAIPEI - The top US representative in Taiwan, Sandra Oudkirk, said on Friday (Oct 29) that the United States is committed to helping Taiwan defend itself.

Speaking to reporters at her first news conference since assuming her post in July, she described US relations with Taiwan as "rock solid."

"The United States has a commitment to help Taiwan provide for its self-defence," said Oudkirk, who heads the American Institute in Taiwan, the de facto US embassy in the absence of formal diplomatic ties.

Her remarks come as tension between Taiwan and China has escalated in recent weeks. Beijing regards Taiwan as a renegade province to be reunified, by force if necessary.

While the US, like most countries, has no formal ties with the Chinese-claimed island, it is its most important international backer and main arms supplier.

US President Joe Biden's administration has moved to restate that support, to the anger of Beijing. 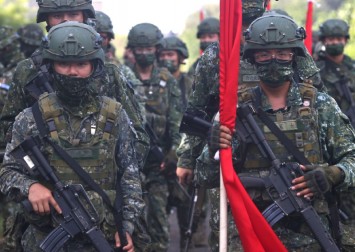 Washington is required by law to provide Taiwan with the means to defend itself but it has long followed a policy of "strategic ambiguity" on whether it would intervene militarily to protect Taiwan in the event of a Chinese attack.

When asked if the US would come to Taiwan's defence if China attacked, Oudkirk said the policy towards Taiwan has been clear and remains unchanged, citing several US laws governing its relations with Taiwan.

A recent increase in Chinese military exercises in Taiwan's air defence identification zone is part of what Taipei views as stepped-up military harassment by Beijing.

US Secretary of State Antony Blinken on Tuesday urged all United Nations member states to support Taiwan's "robust" participation in the UN system.