Vietnam concerned over vaccine supply as Covid-19 cases near record

A health worker receives a dose of the AstraZeneca coronavirus vaccine at a public health centre.

HANOI - Vietnam's government on Thursday (Aug 12) said it was facing a tense situation over rising coronavirus cases and a shortage of vaccines.

The country saw another day of near-record cases from its longest and most severe outbreak yet.

Most of the 9,667 new infections were in the country's epicentre in Ho Chi Minh City and its neighbouring industrial provinces of Binh Duong and Dong Nai. The health ministry said there were 326 new Covid-19 deaths on Thursday, taking overall fatalities to 4,813.

Mr Dam said deals and commitments had been secured for hundreds of millions of vaccines but delivery was slow. Vietnamese leaders have, over the past months, made around 20 phone calls to foreign counterparts to try to secure more.

Until recently, Vietnam had one of Asia's best coronavirus containment records, but the situation deteriorated lately, with infection numbers on a typical day exceeding those recorded over the whole of last year. 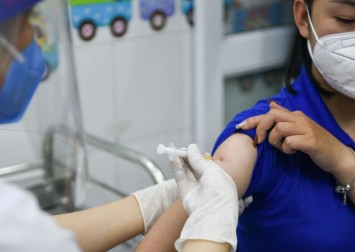 Fewer than 1.1 million of Vietnam's 98 million people have been fully vaccinated against Covid-19, according to official data, one of Asia's lowest rates of immunisation. It has received around 18 million doses so far.

The country has recorded more than 246,500 infections, the overwhelming majority of those since late April.